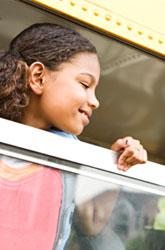 Should parents be allowed to choose the school their children attend? Most people, whether liberal or conservative, tend to think school choice is a good thing—that parents and children should have options.

The real debate about school choice comes down to vouchers, and whether the government should fund private education --which often means funding schools with religious affiliation. Monetary vouchers are given to families with school-age children, typically in inner-city school districts, and parents can use the vouchers for the cost of tuition at private schools, faith-based or otherwise.

President-elect Barack Obama is a critic of vouchers. His Education Reform Plan includes funds and support for public schools and charter schools but does not include vouchers “in any shape or form,” according to a statement from his campaign in February of 2008. According to the statement, Obama voted against voucher proposals throughout his career and “voiced concern for siphoning off resources from our public schools.”

A fact sheet released by Strong American Schools, a nonpartisan public awareness and advocacy organization, explains that as of the Fall of 2007, twelve voucher programs had been established or were being implemented in the United States.

“There’s really no data to suggest that vouchers have been effective or ineffective,” says Adam Thibault, Public Policy Director for Strong American Schools. “Vouchers are seen as a drain on public education. It’s a pretty polarized issue.”

The AntiDefamation League (ADL) released the following statement about vouchers: “Superficially, school vouchers might seem a relatively benign way to increase the options poor parents have for educating their children. In fact, vouchers pose a serious threat to values that are vital to the health of American democracy. These programs subvert the constitutional principle of separation of church and state and threaten to undermine our system of public education.”

“I think that is said beautifully,” says Sandy Halperin, Ph.D., Cofounder of the Saint Joseph Child Development Center in Fort Mitchell, Alabama. “I think the separation of church and state is critical because if we lose that, we lose the foundation of equality in this country. And equality has been a foundational dogma of our constitution.”

Halperin’s private Catholic school is geared toward two-, three-, and four-year-olds from low-income families. “We started the school because we wanted to meet the needs of the people,” Halperin says. “And part of the needs are the spiritual needs. We show the children the love of God. This is an intentional thing—it permeates the atmosphere.”

The Saint Joseph Child Development Center, though faith-based, does not attempt to proselytize. “It’s very different from a fundamentalist school,” Halperin says. “If you have vouchers, you’re subsidizing these fundamentalist schools that are preaching a theology of division among people.”

However, not everyone agrees with that assessment. “I’m a product of Catholic education,” says Linda Chavez, Chairman of the Center for Equal Opportunity. “And I’m very much for all forms of school choice. I think the competition that private Catholic schools can bring to bear can end up improving public school education.”

Chavez believes that if parents aren’t tied by economic circumstances to go only to the public school in their neighborhood, it could greatly increase the competition, and subsequently the performance, of public and private schools.

“The democratic leadership has been very reluctant to endorse anything that might be perceived as a challenge to the public schools’ monopoly,” Chavez says. “Obama was endorsed by the NEA, which explains his stance.”

The National Education Association (NEA) published the following statement on their Web site: “Despite desperate efforts to make the voucher debate about ‘school choice’ and improving opportunities for low-income students, vouchers remain an elitist strategy. From Milton Friedman’s first proposals, through the tuition tax credit proposals of Ronald Reagan, through the voucher proposals on ballots in California, Colorado, and elsewhere, privatization strategies are about subsidizing tuition for students in private schools, not expanding opportunities for low-income children.”

Vouchers aside, school choice is an important component of Obama’s plan for reforming education. Here’s a summary of his plan regarding school choice:

The Innovative Schools Fund will provide funds to states and school districts to implement plans to create a “portfolio” of successful public school types, including charters, nonprofit schools, Montessori schools, career academies and theme-focused schools. The Innovation Schools Fund will supplement state, local and private funding for efforts to broaden the numbers of public school choices available to students, and seek to ensure that supported efforts are appropriately tailored to ensure the educational and economic success of underperforming students in the district.

Adam Thibault believes this is a good approach. “I think we need to be careful who we are giving charters to,” Thibault says. “There are some fantastic charters and others that are struggling. Many charter schools, though, report having several hundred students on the waiting list. They have a lot of advantages.”

Chavez says she has consistently supported public schools and she will continue to do so, but she believes public schools have failed huge segments of the student population. “I would like to see more public school choice, having schools take in more students beyond the geographic boundaries of the neighborhood,” Chavez says. “I think allowing parental choice will pressure underperforming schools to do better.”

Want to learn about the public school options available in your local area, such as charter, magnet, or alternative schools? Check out Education.com's SchoolFinder tool.

What are Obama's other plans for education? Check out Obama on College Funding, Obama on Early Childhood Education, Obama on NCLB, Obama on Math, Science, and Tech Education, and Obama on Teacher Recruitment and Retention.

Next Article: Learn What Choices Are Available to You
We enable strictly necessary cookies to give you the best possible experience on Education.com.Cookie policy