Charter Schools on the Rise: What You Need to Know 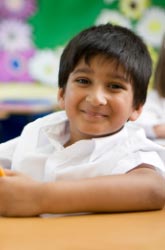 Charter schools have been around for nearly 20 years and their numbers have been swelling in recent years, with 1.5 million students and more than 4,900 schools throughout the country, according to a 2009 survey.

But this past summer, President Obama gave parents who may not be familiar with charter schools billions of reasons to consider this alternative to traditional public schools.

More than $4.3 billion in grant money, part of the federal stimulus program, is available through the U.S. Department of Education. States interested in battling for the money have already turned in applications in the first part of the Race to the Top program that encourages innovative programs that emphasize several key areas, including turning around low-performing schools and raising standards through test scores and other accountability measures.

The president, in interviews since the summer, has made it clear that charter schools are an important part of the Race to the Top initiative, and states with laws that limit the number of charter schools could find themselves on the outside looking in when it comes time to dole out the $4.35 billion.

"The stimulus has had an interesting effect ... It's creating a debate about charter schools—and making that debate even more widespread—particularly in the 10 states that don't have them," said Paul O'Neill, a senior fellow with EdisonLearning and an adjunct professor at Columbia University, where he teaches education and special education law and has a special course on charter school design. EdisonLearning is an educational management firm that promises to improve school performance in public and charter K-12 schools and is affiliated with 125 schools and 350,000 students in the United States and Britain.

Charter schools offer an opportunity to create a school to meet specific needs, while still relying on public dollars, O'Neill said. Charter school organizers can establish their own discipline rules and set up the kind of educational program they want—like dual Spanish-English curriculum originally established at the Family Life Academy Charter School in the south Bronx in New York—as long as it is approved by the governing authorities.

For example, there have historically been restrictions on single sex public schools, leaving that arena largely for private and parochial schools. However, changes to the federal Title IX rules several years ago eased that ban, O'Neill said. A group of parents in Baltimore have taken advantage of the change and created a charter school model for an all boys school called Maryland Possibility Prep.

Charter school proponents must come up with a contract with state officials, often from the Board of Education, laying out the rules and setup of the proposed school. Depending on the size of the proposed school, and if the charter model is approved, a budget is approved by state officials. Most charter schools have a "charter term" or contract period of five years, though some are longer. When that period is up, the state decides whether to renew the contract and can examine accountability statistics to determine the future of the school.

Because charter schools have only existed since 1991, and they are only located in 40 states plus Washington, D.C., O'Neill said he routinely runs into parents who know very little about charter schools.