A Parent's Guide to the Common Core Standards 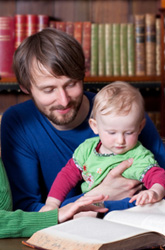 Currently, each state has a separate set of education standards, lists of skills that students are expected to do by the time they graduate each grade. However, in response to concerns about American student achievement and just how prepared students are for college and careers, education leaders in 48 states, along with the National Governors Association and the Council of Chief State School Officers (CCSSO), have written a set of standards for student across the U.S. The common core state standards were released in 2010. Now, 44 states are working to implement them by 2013-2014. Here’s what you should know and how to help your child prepare for the common core:

The Common Core Standards are State-Driven

The Standards are a Progression

The Reading Standards will Get More Difficult

As the common core state standards start to be implemented in schools, there will be some changes, but many things will stay the same. The most important aspect, as always, is to stay in contact with your child’s teacher to find out how you can support this latest educational advancement at home.

Next Article: Is Your Child Plagiarizing?
We enable strictly necessary cookies to give you the best possible experience on Education.com.Cookie policy