Log in with different email
For more assistance contact customer service
School and Academics
Sudbury Schools: A Radical Alternative to No Child Left Behind

Sudbury Schools: A Radical Alternative to No Child Left Behind 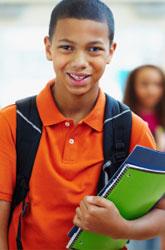 Remember when the sound of the school bell meant science projects, Valentine's Day parties and field trips to the lake? For the current generation of kids, those fun times seem to have fallen by the wayside. They're too busy preparing for the next round of testing, which is seldom more than a few weeks away.

Since the advent of "No Child Left Behind" and its focus on ever-increasing focus on standardized testing, children in public schools are bubbling in more and more multiple-choice questions at younger ages. Teachers are feeling the pressure too, with their salaries and tenure plans dependent on the results. Instead of creating traditional lesson plans, they have to shift their focus to "teaching the test."

At "democratic schools" or "free schools," students are free to determine the course of each day. These revolutionary schools are also referred to as "Sudbury schools," named after the Sudbury Valley School that was founded in 1968 in Framingham, Massachusetts.

Unlike Waldorf and Montessori schools, Sudbury schools have no central authority—so one school may operate completely differently than another. However, they all have certain things in common that draw students—and parents—to seek out their unconventional methods of education:

At this point, worries like "college admissions" and "SATs" are probably popping up in your head. Sudbury Valley School is the only free school that has conducted an alumni survey, and determined in 1992 that 82% of alumni had gone on to graduate from college. A further study by the Sudbury Valley School, published in 2005, took an in-depth look at the lives of Sudbury graduates, and found that most students reported a high degree of satisfaction with their subsequent career and life paths. Close to 90% went on to pursue formal ecucation, and many eventually went on to become entrepreneurs or to work in the arts. According to Mimsy Sadofsky, one of the founders of the Sudbury Valley School, "every student who has wished to has been able to attend college... they are going on to college because they want to, not just because it is what many feel is the next step for an eighteen year old. They are going on to higher education, in general, because they have something they want to pursue that is easier to pursue in that setting."

However, Sudbury schools are not without problems, and may not be a good fit for all families. Here are some concerns

The benefits and drawbacks of Sudbury schools are important to consider when choosing the right school system for your child. Every student is different, and with so many changes to the public school system, it's good to know that a parent has options.