Log in with different email
For more assistance contact customer service
School and Academics
No Child Left Behind Act
The Cost of Special Needs: How Does Your State Rank?

The Cost of Special Needs: How Does Your State Rank? 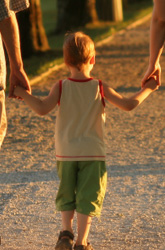 How much does it cost to raise a child with special needs? The answer may depend on what state you live in.

A new study by Paul Shattuck, Ph.D., professor of social work at Washington University, found that the wealthier the state, the less families with special needs children have to pay out-of-pocket.

Shattuck and his team of researchers used data from a national telephone survey of households with special needs children conducted by the National Center for Health Statistics in 2000 and 2001. Taking representative examples, Shattuck ranked all 50 states and the District of Columbia in terms of the average percentage of special needs families that experience an additional financial burden, and the yearly average costs to those families.

It turns out that across the U.S. a large majority of special needs families, some 91.2 percent, are experiencing added financial burden for therapies, rehabilitation programs, specialty medical care, and other expenditures. The average extra cost per family came out to about $774 per year. However, those families living in wealthier states face lower average extra costs for caring for their special needs children: the average family in Massachusetts pays $561.97 in out-of-pocket expenses every year, while the average family in Georgia pays $971.66. That's a lot of money considering that this survey took into account all children with special needs, including mildly affected kids, undercounting those with more severe problems. In Michigan, 86 percent of families have out-of-pocket costs, in Mississippi it peaks at 94 percent.

How could it be that poorer states are expected to pay more for their child's education? Shattuck says a lot of it has to do with the current formula that drives Medicaid. State governments and the federal government share the cost of Medicaid, but the ratio of state to federal money changes depending on whether you're in Rhode Island or South Carolina. “That formula is governed by the proportion of families living under the poverty line, but maybe the formula isn't doing its job. Maybe it should be changed so that some states get more of a bump,” Shattuck says, adding that his research team will be assessing these formulas.

In addition to Medicaid, Shattuck says insurance companies vary in their coverage of special needs families. “The rules for what is covered and what's not vary from state to state,” he says, suggesting that regulation of the insurance market will make the playing field more fair for families across the nation.

The good news, Shattuck says, is that lawmakers are starting to devote attention to policies that address these issues, such as tax sheltered investment plans for families of special needs kids. Similar to a retirement account, families would contribute money into a tax-free account reserved for long-term care of their special needs child.

While these policies pass through legislation, however, parents of special needs kids are at the mercy of demographics. Here are Shattuck's rankings for the cost of raising a special needs child by state:

Next Article: No Child Left Behind: New Issues in Education
We enable strictly necessary cookies to give you the best possible experience on Education.com.Cookie policy