6 Secrets To Unlocking Your Child's Talent 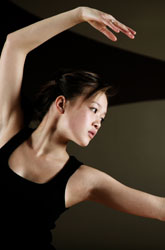 Daniel Coyle, author of the bestselling book, The Talent Code, says you can up a child’s chances immensely by understanding one key thing: Greatness isn’t born. It’s grown.

Coyle spent two years bouncing around nine of the world’s greatest talent hotbeds—tiny, magical places that produce huge numbers of world-class performers in sports, art, music and math. And what he found is that parents have been sold an incorrect picture as to how genius happens. Immense talent isn’t written into kids’ DNA, Coyle says. It’s the result of a distinctive and powerful pattern, a pattern that combines three elemental forces: targeted methods of practicing, specific methods of motivating, and coaching.

How kids practice, how they deal with failure, how they get praised and how they are criticized all play a part in the likelihood of achieving greatness. “Of course, not everyone grows up to be a Michelangelo or a Michael Jordan,” Coyle says, but that level of genius is not an accident. A distinctive and powerful pattern helps parents unlock the neurophysiology of learning.

Whether he was on a crummy tennis court in Russia that produced more top-20 players than the entire United States, or thousands of miles away at a classical musical academy in the Adirondacks, coaches in talent hotbeds “would speak with the same kind of rhythm, give the same kinds of instructions, and look at their students with the same kind of gaze," Coyle says. "The practices would feature similar methods, like slowing things down to unbelievably slow speeds, or compressing the practice into a tiny space and speeding it up."

Want to create your own hotbed at home? Here are Coyle’s six strategies for unlocking kids’ talents:

Watch for tiny, powerful moments of ignition. It’s not easy to practice deeply—it requires passion, motivation, persistence and the emotional fuel we call love. New research is showing us that when it comes to motivation, we are all born with the neurological equivalent of hair triggers. When a child’s identity becomes intertwined with a goal, the trigger fires, and a tsunami of unconscious motivational energy is released. Coyle points to a study done with a set of young musicians in which kids who foresaw themselves as adult musicians learned 400 percent faster than kids who did not. “It’s not genes that made these kids succeed; it’s the fuel contained inside a tiny idea: I want to be like them,” Coyle says.

Understand that all practice is not created equal—not by a long shot. The talent hotbeds have long known a crucial fact that science is just discovering: Skill-acquisition skyrockets when we operate on the edge of our abilities, making errors and correcting them—a state called “deep practice.” The takeaway: Mistakes aren’t verdicts; they’re information we use to build fast, fluent skill circuits. Kids who are able to see errors as fuel for learning, rather than setbacks, are the ones who eventually become geniuses.

Recognize that slow practice is productive practice. This technique is common to virtually every talent hotbed, from tennis to cello to math. The reason it works: When you go slow, you can sense and fix more errors, coaching yourself to build a better skill circuit. At Meadowmount, a classical-music school whose alumni include Yo-Yo Ma and Itzhak Perlman, the rule is, you should play slow enough that a passer-by can’t recognize the song. As one coach puts it, “It’s not how fast you do it. It’s how slow you can do it correctly.”

Praise effort, not natural ability. When we praise a child’s intelligence, we’re telling her that status is the name of the game, and she reacts by taking fewer risks. When we praise effort, however, kids become more inclined to take risks, make mistakes and learn from them—the essence of deep practice and learning. It’s no coincidence that talent hotbeds use effort-based language. Some Russian tennis players don’t say they “play” tennis; the word is "borot’sya"—to struggle.

Encourage mimicry. Copying is a neurological shortcut to skill. Vividly imagining yourself perfecting a skill is a great first step to actually doing it, whether you’re writing or dancing. Tim Gallwey, the author/tennis instructor, teaches beginner students to play a passable game in 20 minutes through mimicry—all without uttering a single word of instruction.

Stand back. The kind of deep practice that grows skill circuits can only come from within the kid, not from the parent, no matter how well-meaning. As Stanford psychologist Carol Dweck puts it, all parental advice can be distilled into two essential points:

1) Pay attention to what your child stares at.

2) Praise them for their effort.

In other words, notice when they fall in love, and help them to use the energy of that love wisely. When you start thinking about talent as a process—when you see the power of certain forms of practice, when you look for inner passion, when you tune into the teaching signals you can send—life changes, Coyle says. Like most big changes, it shows itself in small ways. “For our family, it’s when our son has a tough new song on the piano, and my wife encourages him to try just the first bar, or just the first five notes over and over, doing it in baby steps until it starts to click. Or when our daughters are skiing, and they excitedly inform us that they fell a bunch of times, which must be a sign that they are getting better,” Coyle says. (A concept that works better with skiing than it will with learning to drive a car).

Teaching kids that talent is built, not born, allows them to look at failure in a completely new way. Failure is not a verdict—it’s a path forward. And mistakes are not something to be embarrassed about. They’re steps on the path to success. Without them, greatness is not possible.

Next Article: The Best Way to Praise Children: An Expert Q&A
We enable strictly necessary cookies to give you the best possible experience on Education.com.Cookie policy