Can Vouchers Improve Your Child's School? 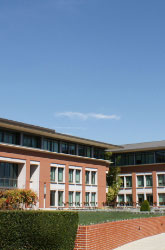 It’s a standard economic truth that competition in the free market drives performance. Whether or not this principle can be as readily applied to education is hotly contested on both sides, but a new study out of San Antonio’s Edgewood Independent School District suggests that school vouchers might have benefits for students, schools and communities alike.

In short, school vouchers are just a different way to fund schools—they channel money towards families instead of school districts. Voucher programs, which can be funded at any level from the federal to the corporate, issue that funding in the form of whole or partial tuition certificates for students wanting to attend participating public or private schools. Voucher options and implementation vary widely; some programs give vouchers only to low-income students or students at failing schools, and others extend the opportunity universally. The voucher system is based on the principle that parental school choice and competition between public and private schools will help raise the educational bar all around.

Hardly a day passes without some mention in the news of how American education is failing our kids. Proponents of school vouchers see them as a potential solution to this problem. In business, this competitive model is the ideal—corporate productivity, innovation and accountability go up when consumers are given more options. Schools are no different, supporters say, and they see vouchers as more effective than asking tax payers to bail out failing public schools.

Moreover, while wealthy parents have always had a choice as to where to send their kids for a good education, vouchers extend this same opportunity to lower-income families and traditionally underrepresented populations. Students who have special needs could benefit from the options afforded to them under the voucher system. And better yet, augmented educational choices across the economic and social board can increase diversity within the schools—and research abounds on the benefits of diversity in the classroom.

Opponents worry that voucher programs might actually undermine public education by taking money away from schools that are already desperately underfunded. Instead of bridging the gap between high-performing and underperforming schools, they believe that vouchers will actually increase the disparity, making good schools better and bad schools even worse. Uneven control of the programs and curriculum, especially at private schools which may lack government oversight, could also present its own headaches.

Another big concern for challengers of the voucher system is that in their eyes, it violates separation of church and state in that at least some of the government-funded vouchers will inevitably contribute to church-run private schools. And vouchers might not actually increase diversity after all, detractors say. One common critique of the voucher system is that it produces “creaming” (recruiting of a district’s elite by private schools) or that even under the program, private schools still retain options for turning away students or raising tuition above the voucher-funding level, making it difficult for all but the elite to attend.

What does the research show?

Long a controversial topic, misconceptions about school vouchers are as common as opinions on their effectiveness. One of the reasons for this, Dr. John Merrifield, professor of economics at the University of Texas at San Antonio, argues, is that prior studies only went so far. Past voucher programs in places like Cleveland and Milwaukee were not all-encompassing enough to determine whether or not competition could drive better school systems.

The Cleveland and Milwaukee programs yielded similar results—and similarly fierce opposition. Each showed modest but compounding gains in test scores and increased satisfaction of voucher recipient families, but questions about data gaps, constitutionality and funding overshadowed the successes of both programs. “Those programs [were] all too small and restrictive in other ways to provide such a test,” Merrifield says. So Merrifield and Dr. Nathan Gray, assistant professor of business and public policy at Young Harris College, looked into a broader, 10-year voucher program in San Antonio’s Edgewood Independent School District—and their conclusions were promising.

Two areas in which the program seemed especially beneficial were academic performance and property valuation. Edgewood saw modest gains in standardized test performance and a considerable increase in its graduation rate, both of which can be attributed to the voucher program. Also encouraging was a near-100% college attendance rate for voucher-using students. Property values went up as a result of the program and with them, property taxes. This translated into more money for the district as a whole, and even Edgewood’s non-voucher students felt the economic benefits of the voucher system. Family buy-in was generally enthusiastic, and when questioned about the impact the vouchers had on their children, all of the respondents said that the program “positively impacted the development of their voucher using-children a lot (emphasis added).”

Many are hesitant to see it as an indication of universal success for voucher programs, but to Merrifield and Gray, the Edgewood study has “significantly increased our understanding.” While the new analysis may not have alleviated much of the controversy over school vouchers, broader studies like this no doubt set an optimistic standard for future investigation.