Log in with different email
For more assistance contact customer service
School and Academics
Politics and Education
"Waiting for Superman": What it Means for You and Your Child

"Waiting for Superman": What it Means for You and Your Child 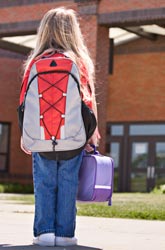 Every president, from Johnson to Obama, has made big promises when it comes to “fixing” education in America. And almost every parent, from then until now has asked themselves an essential question—“Is my child getting a good education?” Regardless of neighborhood or income, it’s a concern that keeps parents up at night, and the answer rests at the heart of a national firestorm brewing over education.

Fanning the flames is a controversial documentary, Waiting for Superman, which paints a grim picture of the education system in the United States today. Director and writer Davis Guggenheim, best known for his film An Inconvenient Truth, picks apart the issues holding American school children back; from government bureaucracy, to bad teachers who can’t be fired, to a system that is out of touch with the needs of the global economy. 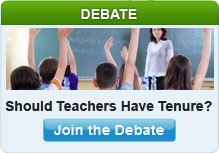 Waiting for Superman has raised a lot of fear and anger. But many parents describe leaving the theater a bit unclear about the core points the film is trying to make and unsure how to take action in light of their strong emotional response. We’ll get to action at the end of the article. Let’s start by tackling five big issues raised by the film, and explain why they matter to you and your family:

1. American schools face frequent budget cuts, but it’s not all about the money.

According to Waiting for Superman, from 1971 to today, America has gone from spending an average of $4,300 per student to $9,000 per student, (adjusting for inflation). Though money doubled, reading and math scores have flat-lined. And US schools produce lower test scores than many comparable countries despite spending more on education than any other country.

Why you should care: Every American that pays taxes has a vested interest in the school system. There’s a direct link between education and crime. In Pennsylvania, for example, 68% of all prisoners are high school dropouts. The average prison sentence of 4 years costs $132,000. Now, multiply the $9,000 a year spent on a student by 13 years in education, and we’ve spent $117,000. Do the math. Where would you rather put your money?

2. America is an under-educated superpower.

On international tests, American children rank 25th in math and 21st in science, despite the push for greater accountability through No Child Left Behind. This 2002 law pledged that 100% of kids would be reading and doing math at grade level within ten years, but 8 years later the test scores look ominous: only 14% of Mississippi students, 30% of NY students, and 24% of California kids are proficient in math. Nationwide, only 20-34 percent of kids in the United States are currently reading at grade level. What’s more, although America is falling behind in math, our kids are first in confidence.  American students get terrible math scores compared to their international peers, but they think they’re great in math—in fact, they have more confidence in their math skills than students from any other country.

Why you should care: While good self-esteem is important for your child, so are key skills and high expectations. Unfortunately, the expectations being set at many schools in America are extremely low. As a nation, we’ll never compete if we don’t set the bar as high as the countries with which we’re competing globally. And as a parent, you need to be aware of the expectations your school has for its children and, if need be, set your own family goals. Low international rankings on test scores aren’t just embarrassing. They mean that your child’s generation won’t be able to meet industry demands on a global scale.  Right now, America is the world’s largest superpower. But it’s unlikely to remain as strong without an educated work force.

3. There are too many bad teachers in the system, and it’s almost impossible to get rid of them.

No one denies that teaching is a hard gig. But the point made in Superman is this: some teachers are just not meant for the job. In most fields, people who prove they’re incompetent are stripped of their credentials. But teaching, the film says, is the exception. For example, in Illinois, one in every 57 doctors and one in every 97 lawyers lose their license, but only 1 in 2,500 teachers lose their credentials. The reason? Big union contracts that give every teacher tenure after 2 years, regardless of how good they are.

Why you should care: Guggenheim makes the case that teachers unions use tenure to prevent schools from firing bad teachers, and use campaign financing programs to prevent lawmakers from making sweeping reforms to reward good teachers. It’s a scary accusation. Is it true? John Wilson, Executive Director of the National Education Association, takes issue with the claim; he says that tenure protects good teachers. “Does tenure guarantee employment? The answer is no in all states,” Wilson says. Besides, he says, the focus shouldn’t be on how to get rid of teachers, but how to systematically support them to do their job.

4. Charter schools are a great alternative to poor public schools.

Waiting for Superman follows the heartbreaking stories of four kids who feel failed by their local public school and turn to a charter school as their last hope for a quality education. But are charter schools really the panacea the film makes them out to be? A great charter school is a thing to behold. But, only one in five charter schools is producing great results. Even if this wasn’t the case, there aren’t enough charter schools to go around. Rather than seeing charter schools themselves as the cure-all, Charles Saylors, President of the National PTA, says we need to monitor and replicate many of the great ideas and innovations taking place there.

Why you should care: As the film so dramatically illustrates, seeking the best education for your child is your right and responsibility. If your child’s school isn’t cutting the mustard, don’t just sit back. School districts get stronger because of community advocacy, neighborhood outrage, communal strategizing, and, yes, pressure to compete with charter schools. Consider all options. A school is “the best” not only because others say so, but because it works for your child. The best way to ensure that your child is getting a good education is to advocate, says Wilson. “When your child goes to the hospital, you’re immediately the health advocate, and when your child goes to school you have to be the education advocate,” he says. Ask about the key issues, such as class size, access to the arts, teacher evaluations, etc.

5. Tracking kids is unfair and it prevents many students from succeeding.

“Tracking”, or separating kids by academic ability, is common practice in the U.S. But Waiting for Superman puts forth the idea that tracking means kids in the middle and bottom of the spectrum may not be given a fair shake. Tracking began in 1950s America, when 20 percent of graduates went to college, 30 percent went into skilled professions (accountants, managers, and other jobs that didn’t require college degrees), and 50 percent were laborers.  In the 21st century, most decent paying jobs require a college degree, and the practice of tracking, Guggenheim contends, is simply not in keeping with this fact.

Why should you care: Not only is tracking outdated, but the film claims that students are “tracked” based not only on test scores, but also on arbitrary factors such as neatness, obedience, and politeness.  Once students are placed on a  track, they have virtually no chance of moving up, and tracking can begin as early as middle school, before many kids hit their academic stride.

Not everyone will agree with every point made by Waiting for Superman, but it just may be the spark America needs to get a conversation going. Every child deserves a quality education. Here are 9 ways you can help be an advocate for change: