Log in with different email
For more assistance contact customer service
School and Academics
Politics and Education
What Is Teacher Tenure?

What Is Teacher Tenure? 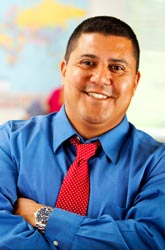 Charter schools, merit pay, vouchers, oh my! There are many controversies swirling around in the world of education, and it can be overwhelming to keep track of them all. But one issue has been getting a lot of play, and some say it could be the root of the problems facing schools: teacher tenure.

Just what is tenure? Academic tenure refers to a policy which gives professors and teachers a permanent contract, effectively ensuring them a guarantee of employment … for life. Teachers that have tenure cannot be fired unless for “just cause,” such as severe misconduct or incompetence, and even then cutting through the red tape can be extremely difficult.

Tenure gained traction in the early 20th century as a means of protecting educators from being fired for the wrong reasons. Back then, a new political party in office or a racial or personal bias could get perfectly good teachers sacked; tenure was created to ensure that teachers didn’t suffer from the capricious actions of administrators. Tenure also serves to protect professors whose research or teaching curricula might ruffle feathers, and to ensure job security for out-of-the-box academic pursuits.

Typically, academic tenure is granted to university professors only after an intensive and protracted process of review and vetting, and professors usually don’t come under review for tenure until they’ve spent at least five years in a “tenure-track” position. Primary and secondary school teachers can earn tenure in as little as three years on the job.

Critics say that teacher tenure makes it virtually impossible to fire bad teachers. According to a recent study by The New Teacher Project (TNTP), even though 81 percent of administrators say there is a tenured teacher in their school who is performing poorly, at least half of the districts studied failed to dismiss any tenured teachers for poor performance in the two to five years the study took place. That’s because getting rid of teachers with tenure can involve years of review and bureaucratic hurdles, and can cost tens of thousands of dollars per teacher.

Another problem, critics say, is that teachers are not properly evaluated before being granted tenure. Less than 1% of teachers evaluated were found to be unsatisfactory, according to the TNTP study. “Many states have set the bar far too low for the achievement of tenure,” says Jeanne Allen, president of The Center for Education Reform. “It is no longer based, in most cases, on teacher effectiveness, but instead on a teacher’s length of service.” With tenure being granted after only a few years, some teachers may not have the chance to show their worth, or their ineptitude. “For some people, teaching is just not their position,” says PTA President Charles Saylors. “Parents talk to us and say ‘My child’s teacher doesn’t have the heart in the job.’ That is a legitimate concern. We should not be afraid of saying, ‘Teaching may not be your profession.’”

Some states and school districts are beginning to turn to merit-based models for tenure and pay. New York’s Mayor Bloomberg announced that, beginning this year, only teachers rated “effective” or “highly effective” will be eligible for tenure. Last year, DC Schools Chancellor Michelle Rhee negotiated a controversial union contract that weakened teacher tenure in favor of higher salaries and bonuses upfront.  Increasingly, “accountability”, “merit-based” rewards are becoming the catch-phrases of the teacher tenure question.

What's the bottom line? “What parents need to know about tenure is that it is not a “seal of approval” for teachers,” says Allen. “Smart tenure reform would grant tenure to teachers who demonstrate classroom effectiveness and student learning gains over time.”

Should teachers have tenure? Learn more about both sides of the argument and join the debate!