Log in with different email
For more assistance contact customer service
Outside the Classroom
Cell Phones, Children, and Teens
The 8 Worst Apps for Your Kids

The 8 Worst Apps for Your Kids 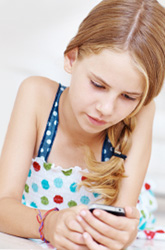 Do you really know what your child is up to on the computer or smartphone? Technology, especially if you're a little behind the times, is deceptive; some of the worst apps and games appear as innocent ways to keep in touch with friends, but can turn into venues for inappropriate behavior.

According to a 2011 survey conducted by the Pew Research Center's Internet & American Life Project, 95 percent of teens between 12 and 17 use the internet, 27 percent of this group uploads video, and a whopping 80 percent use social media sites like Facebook on phones and the computer.

Security apps are available to keep an eye on and limit web browsing, app and game downloading and computer/smartphone use, but to closely monitor your kid's online habits, it's a good idea to know what's out there. Keep your children safe by avoiding eight of the worst apps for your kids.