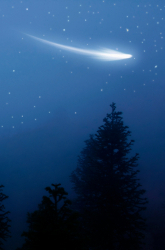 Easy to get photos, etc. Slightly difficult for basic materials. Almost impossible to get actual aerogel.

Aerogel is the lowest density solid known, and has been called “frozen smoke.” It has been used as an insulator, and also as an outer space sponge to collect dust and gases from comets in NASA’s Project Stardust. Explore why NASA used, and is using, aerogel for the Stardust project. Learn about other uses (i.e., insulation) of this substance.

Samples of the actual foam are difficult to find. However, the pellets used to make the foam is readily available. Other forms of aerogel, such as insulation, are also fairly easy to find as part of the display.

Aerogel is a very unusual substance. It has the lowest density of any known solid and is almost “light as air.” Yet if you put crayons on top of a piece of aerogel and a blowtorch beneath, the heat won’t get through. This makes it a superb insulator.

Another property is friability. Think of a standard air filter made from fiberglass or foam. Dust and other particles are captured, but mostly they are merely blocked. Aerogel will almost shatter and collect particles inside. (Think about tossing a tiny pebble into cotton candy to get the idea of how aerogel was used to collect comet dust and particles.)

NASA has many photos of the Stardust project. 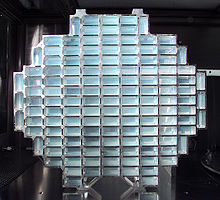 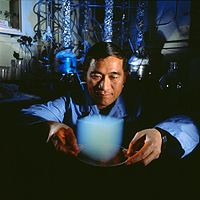 NASA needed an extremely lightweight substance that could also act as a “sponge” to capture physical particles from the tail of a comet and then bring that back to earth for study. Aerogel was chosen for this mission.

Except for an advanced (high school) student willing to build a supercritical drier, there is no actual procedure. Instead, the student will show with illustrations how the process is done, and the results.