Log in with different email
For more assistance contact customer service
Entire library
Science projects
Are There Other Animals that Glow Under a Black Light Besides Scorpions?

Are There Other Animals that Glow Under a Black Light Besides Scorpions? 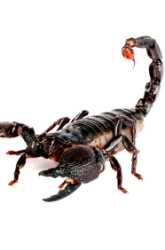 Scorpions fluoresce or glow under ultra-violate (UV) light turning a teal green so they are easy to find with the aid of a Black light during the night. The research aspect of this science fair project is to determine which other common animals will glow under a UV Black light.

Scorpions fluoresce because they contain a fluorescent protein in the hyaline layer of their exoskeleton. The hyaline layer of the cuticle is very tough. It is often found in scorpion fossils. Even after hundreds of millions of years, while all the other layers of the cuticle have been lost, this hyaline layer remains embedded in fossil rocks and still fluoresces. The fluorescence is thought by scientists to serve as an ultraviolet sensitivity mechanism, perhaps allowing the scorpion to avoid damaging light levels. Scorpions cannot see ultraviolet light.

Other animals that fluoresce include crayfish, centipedes, and millipedes. Many centipedes species glow under UV light to some degree, especially the terminal legs and often the antennae.

Digital photos can be taken during the experimenting process also the following sites offer down loadable images that can be used on the display board: 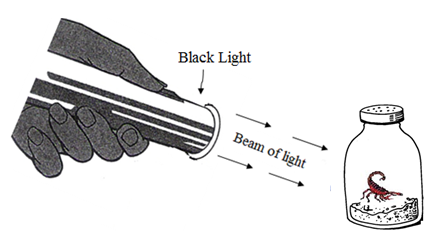 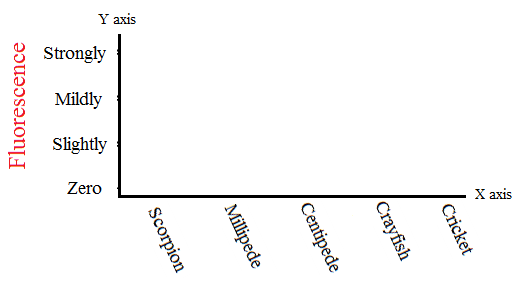 This profusely illustrated book contains an introductory survey of over 100 assorted insects and arachnids. A preface describes the animals' general characteristics, some special anatomical features, and the major differences between the two classes. The bulk of the material is organized into eight chapters, each chapter begins with a general discussion of the subject and a greatly enlarged, full-color photo of a representative species. An illustrated "catalog" of about a dozen different invertebrates follows.

This book presents information about scorpions and is written for non-specialist animal owners and prospective owners, with facts about the scorpion's origins and traits, as well as advice on purchasing, housing, feeding, health care, and much more. The book is filled with color photos and instructive line illustrations. The young investigator and/or his or her parents (teachers) should considering reading this book before handling the scorpion and the other animals that will be used in this science fair project.