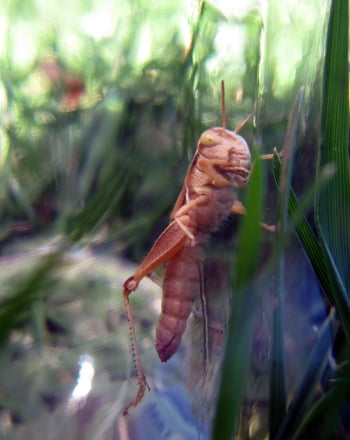 Did you know that there are many different kinds of eyes? And that not all of them even see images? Different creatures need different kinds of eyes to help them survive in their environment. For example, chameleon's eyes move independently of one another so that they can see two different directions at once. That way, one eye can be searching for food while the other one is watching out for predators.

A simple eye is an eye that relies on one lens to see. A lens is the part of the eye that catches and focuses light in order to create an image. Humans and large animals have a single lens eye structure most commonly referred to as a camera eye. Much like a camera, our eyes use a single lens to focus light on the retina in order to create an image in the brain. The retina is a layer of tissue where the image that passes through cornea (the eye's window) and lens gets sent to the brain.

Think of what a jellyfish or a sea star looks like. Can you picture where the eyes are? Probably not! That's because they have simple eyes called ocelli or eyespots. Eyespots don't have lenses and are just used to signal lightness or darkness to the brain. Some animals just have eyespots, but other animals have them in addition to compound eyes. The jumping spider has has eight eyes that work together. Four of them detect motion, two focus on depth perception (how far away something is) and two create detailed images.

Compound eyes can be composed of up to thousands of much smaller lenses, allowing them to have a very large view angle in comparison to simple eyes. While the range of vision in a compound eye is much wider than simple eyes, its overall resolution, or clarity, is much less.

Grasshoppers are great subjects to study different kinds of eyes. They have both simple eyes and compound eyes! With three simple eyes located between its two compound eyes, it is able to see the difference between light and dark while also processing a compound image.

The image on the wax paper is upside-down.

You created a pinhole camera. Everything you can see actually enters only through the pupil, which is only about 1.5 mm (in bright light) to 8 mm (in darkness) wide. The image that the retina sees is actually flipped upside down, just like what you saw on the wax paper. When our brains process the image, it's flipped right-side up again. This is how a camera eye works.

Many living things use eyespots to detect nearby animals and obstacles, sensing when there is a light variation.

It is difficult to see clearly through the 12-straw bundle. This is similar to what you might see if you had compound eyes.

With many lenses working at once, the clarity is lost in most insects with compound eyes. Ocelli help with vision, but insects still cannot see as sharply as the humans can with their camera eyes.

Have you ever seen through an insect’s point of view in movies or television? The image on the left shows what has been commonly shown to be insect vision, but you now know that it's much more like the compound image in the center. The right image shows the clarity and resolution of a human eye in contrast to the center, compound image. 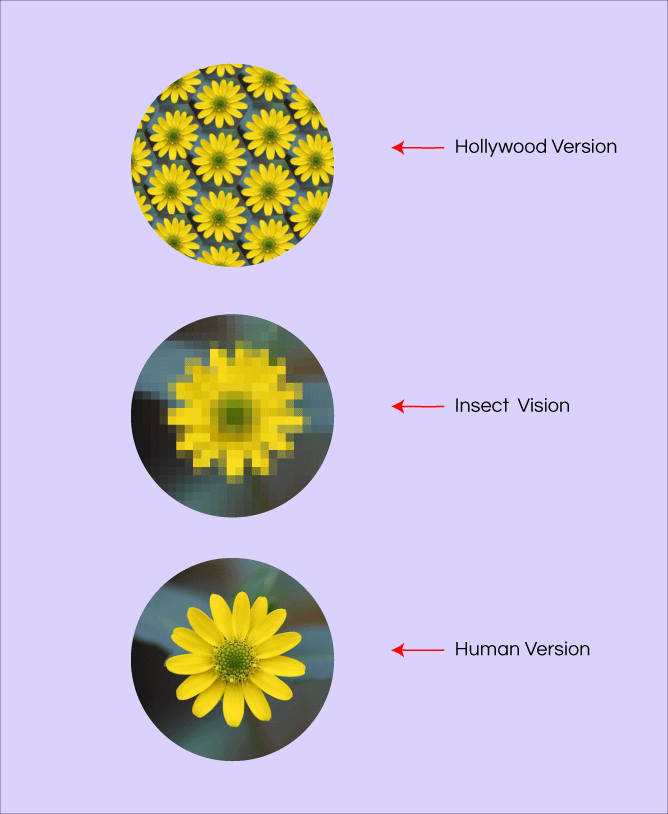