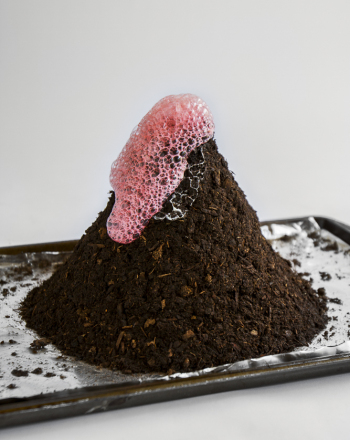 Volcanoes are very interesting. I wanted to find out what happens inside a volcano. I have read about it and also seen some videos. I made a model of volcano to see how a chemical reaction makes a magma-like liquid flow out of the volcano. I wanted to observe the chemical reaction between baking soda and vinegar which caused the “magma” to come out. I performed the experiment with 3 different amounts of vinegar – ¼ cup, ½ cup and 1 cup. Then I timed the reaction to see which amount made the reaction go longest. I then made a graph of the results and found out that as the amount of vinegar is increased, the reaction goes on for a longer time.

Difficulty of the project

Time taken to complete the project

A volcano is an opening on a planet’s surface or crust which allows hot magma, volcanic ash and gasses to escape from below the surface. Some well-known volcanoes around the world are Mount Rainier, USA, Mount Etna, Italy; Mauna Loa, Hawaii, USA; Sakurajima, Japan. A volcano in Iceland called Eyjafjallajokull erupted in March 2010. It happens when the hot magma finds cracks on the surface of the planet and forces up or erupts. I made a model using a chemical reaction between baking soda and vinegar to simulate the gasses and magma flow. When the baking soda (base) reacts with vinegar (acid) it forms the gas, carbon dioxide. The gas expands and escapes through the opening of the bottle. The gas, flour and food colorings makes foam which looks like the glowing magma in a volcano.

I wanted to explore the chemical reaction. So I did the experiment with 3 different amounts of vinegar – 1/4cup, 1/2cup and 1 cup. Increasing the amount of the ingredient increased the time that the “magma” flowed out of the volcano.

When vinegar was added to the mixture of flour, baking soda and the food coloring, a gas was released which along with the solids formed a magma-like foam.

Time to completion of the reaction when different amounts of vinegar were added: 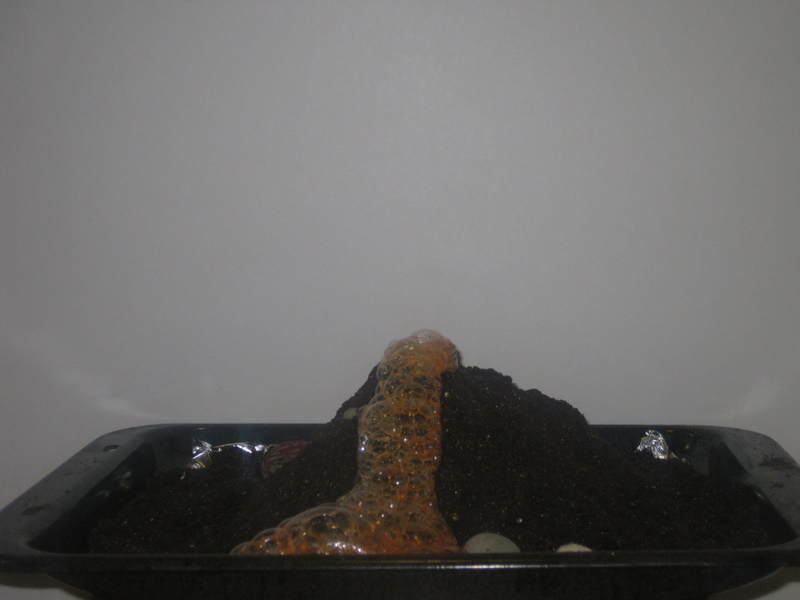 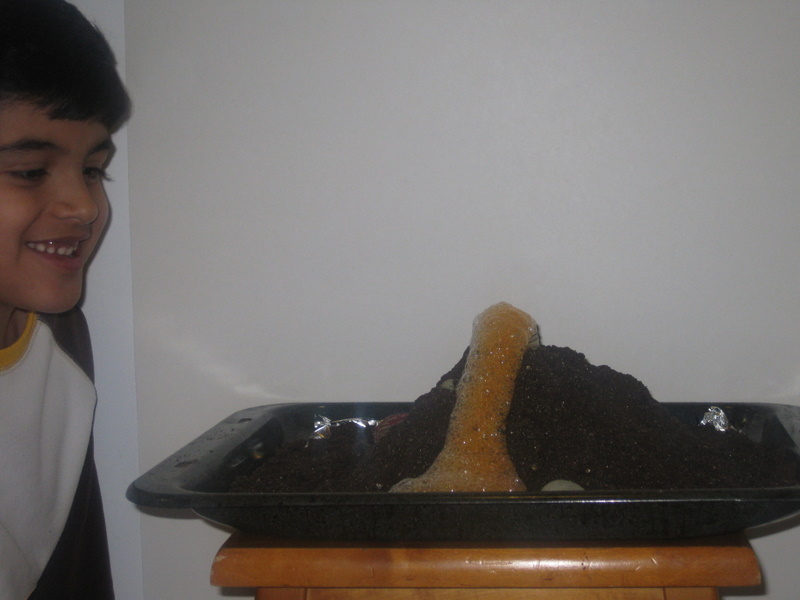 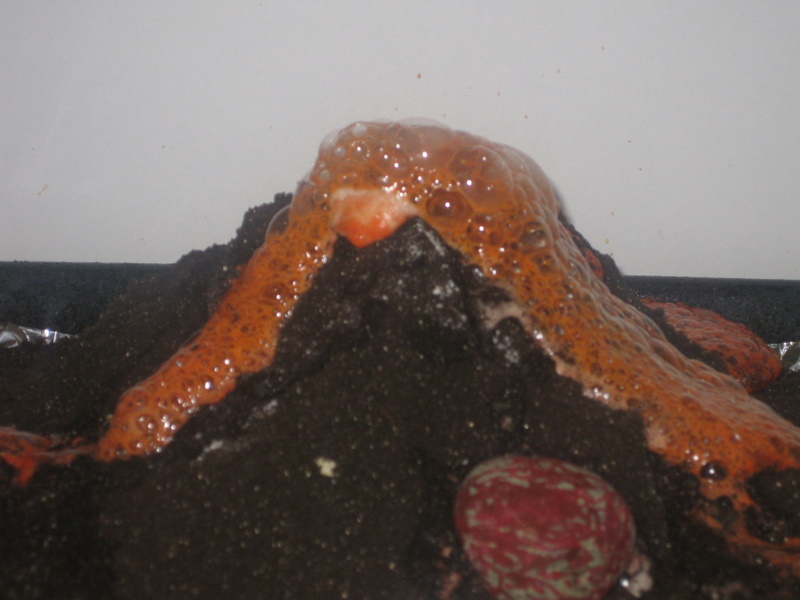 Refer to the picture of the posterboard for detailed graph of these results. 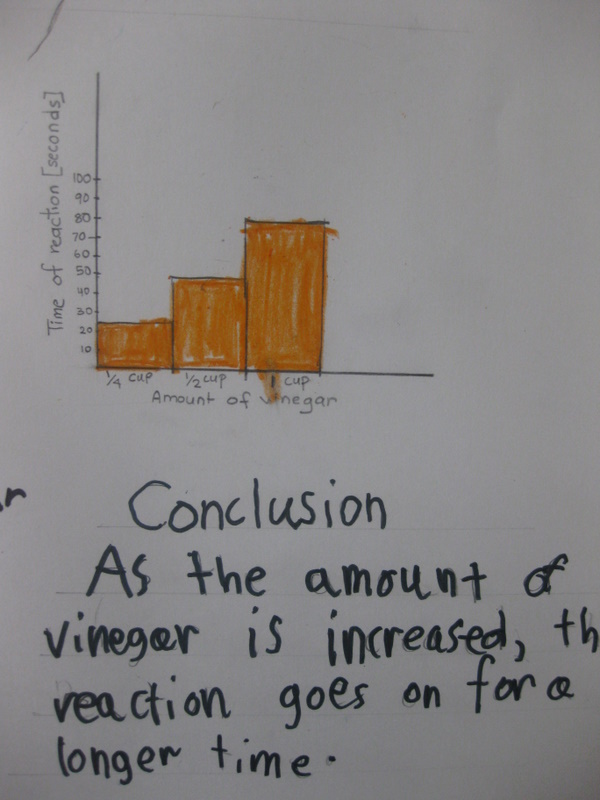 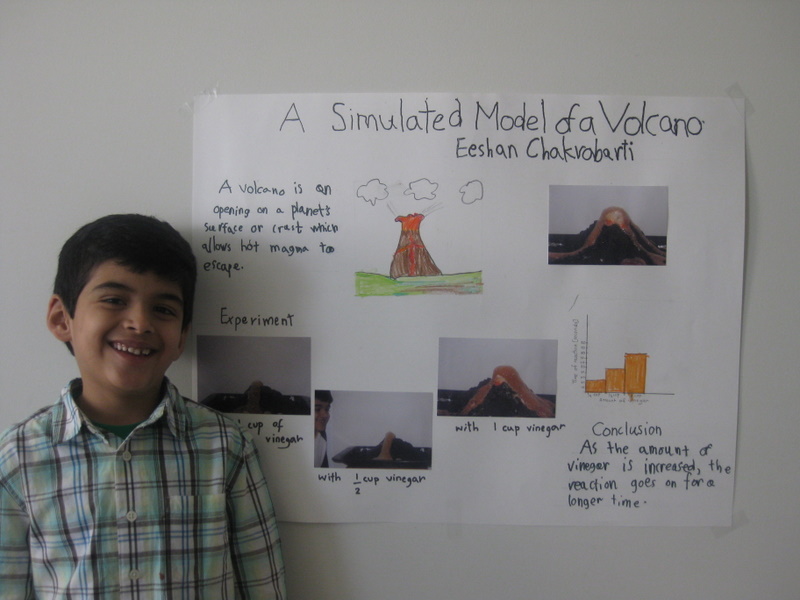 I would like to know what happens if the amount of baking powder, the other part of the reaction is changed. Also, if I did not add the flour, will the reaction change or just look different?

I would like to learn more about different kinds of volcanoes around the world, what happens to the magma once it comes out of the volcano and if there are any volcanoes on other planets.