Log in with different email
For more assistance contact customer service
Entire library
Science projects
Fifth Grade
Caffeine and Heart Rate: What Is the Effect of Caffeine on Heart Rate?

Caffeine and Heart Rate: What Is the Effect of Caffeine on Heart Rate? 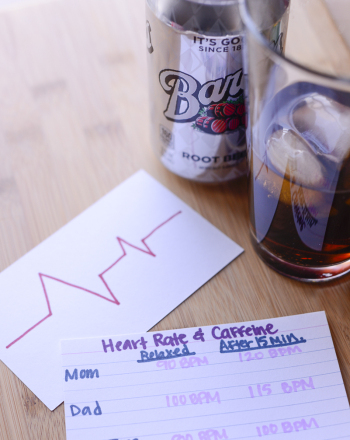 How do medical researchers study the effect certain drugs have on the human body? They make sure to conduct what’s called a blind study. A blind study is one where the people being tested have no idea whether they’re taking the drug itself or a placebo—a pill or drink containing no drugs at all. Taste tests are often conducted as blind studies. Why? It has been shown that people who are told the brands of the drinks they’re tasting tend to say better things about the brands they’re more familiar with.1

We’re going to conduct a blind study in this science fair project to determine the effect caffeine has on the human pulse. For this experiment in particular, be sure to tell your subjects exactly what they will be asked to do, the kinds of questions you will ask them, and what you will do with the information they give you. When it comes to studying other people, ethics are extremely important!

What effect does caffeine have on human heart rate? 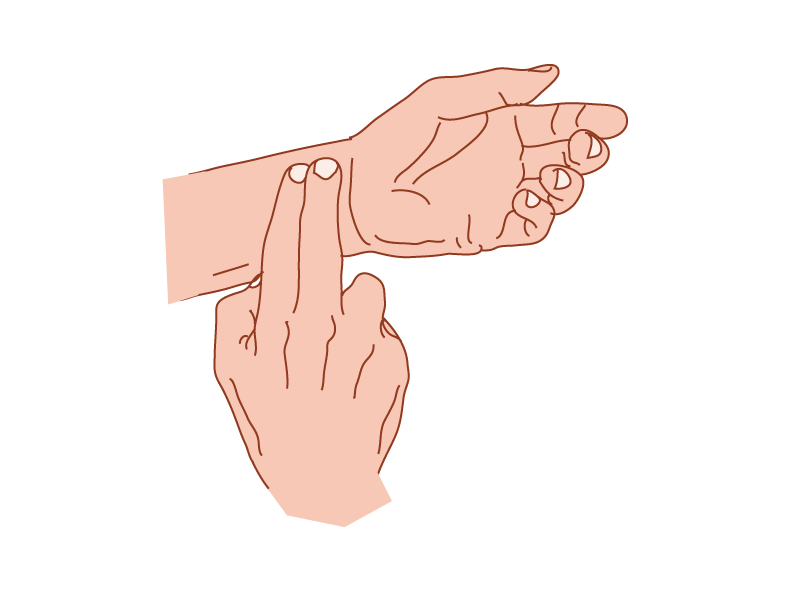 The results you get will depend strongly on what subjects you used for your study.

Caffeine is a stimulant, a class of drugs that increase your heart rate and make you more energetic. However, the effects of caffeine are not identical between subjects. Plenty of people are born with a natural tolerance to caffeine, meaning that the caffeine’s effects aren’t so pronounced when such people consume it. People without a natural tolerance may also develop one over time simply by drinking caffeine.

The possibility that certain people may have a tolerance to caffeine while others may not is one example of a variable—something that has a direct influence on the information we gather. Here’s an example of how this variable might work: you may find yourself testing two people that just happen to be naturally very tolerant to caffeine. If these happened to be the only two people you tested, you may not have seen a significant change in heart rate.  This data may have led you to a misleading conclusion about caffeine’s effect on the human body! This is why you were instructed to test as many subjects as possible and why you were told to ask your subjects about their caffeine habits. When you take these steps, you can collect more useful data that lets you control the variable of tolerance by identifying the people that are more likely to have a similar tolerance to the drug.

1. This effect applies to the researchers, too. If researchers know they’re administering a drug as opposed to a placebo, there’s a chance they may look extra carefully for signs that the drug is doing something. This introduces bias into the experiment and can distort the results! A Double-Blind Study is one in which even the people administering the test don’t know what option they’re testing. This helps prevent bias from affecting the study’s results.