Does Carbon Dioxide Raise the Temperature of the Atmosphere? 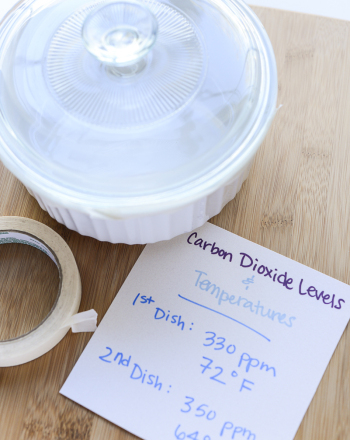 This project requires the direct supervision of the child by an adult such as a parent/guardian. The procedures for the project include transferring solid dry ice to a container. Dry ice sublimes to form carbon dioxide gas rapidly with a large transference of energy. Great care needs to be taken to transfer the dry ice using utensils such as tongs to grip the ice.

The diagram illustrates as the sun heats the surface of Earth, a carbon dioxide blanket traps the sun’s rays from naturally escaping into space. 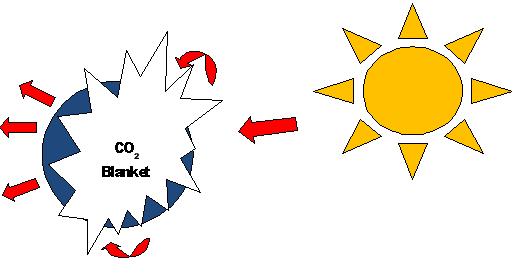