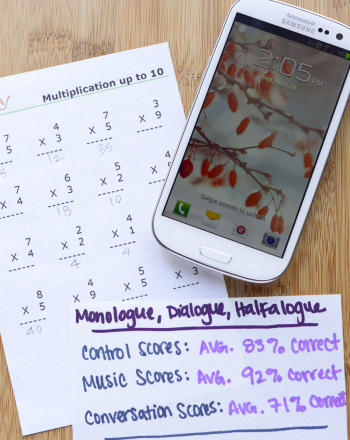 This experiment will explore how listening in to a one-sided conversation affects concentration.

One of the most annoying aspects of modern day life is being sucked into a stranger’s cell phone conversation. There is evidence to suggest that hearing only one side of a conversation is worse for concentration than hearing the whole thing.

Reference: Some information on a similar experiment