Orbital Speed: How Do Satellites Orbit? 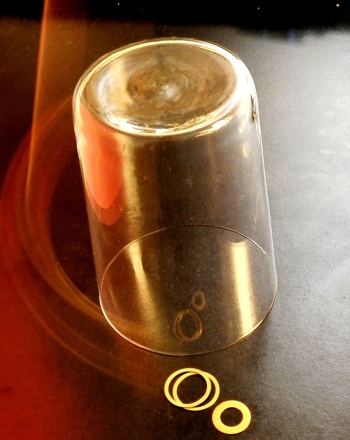 Johannes Kepler, a German mathematician, was the first person to accurately describe the motions of the planets as being ellipses focused on the Sun. Isaac Newton, an English physicist, quickly proved that Kepler’s findings were a consequence of the laws of motion he had discovered, especially the law of gravity. It wasn’t until nearly three hundred years later that humanity put those ideas into practice, with the creation and successful launch of the artificial satellite Sputnik 1.

You’re going to follow in the footsteps of these brilliant people and figure out how to get a satellite into orbit!

Figure out how to launch a satellite into orbit. 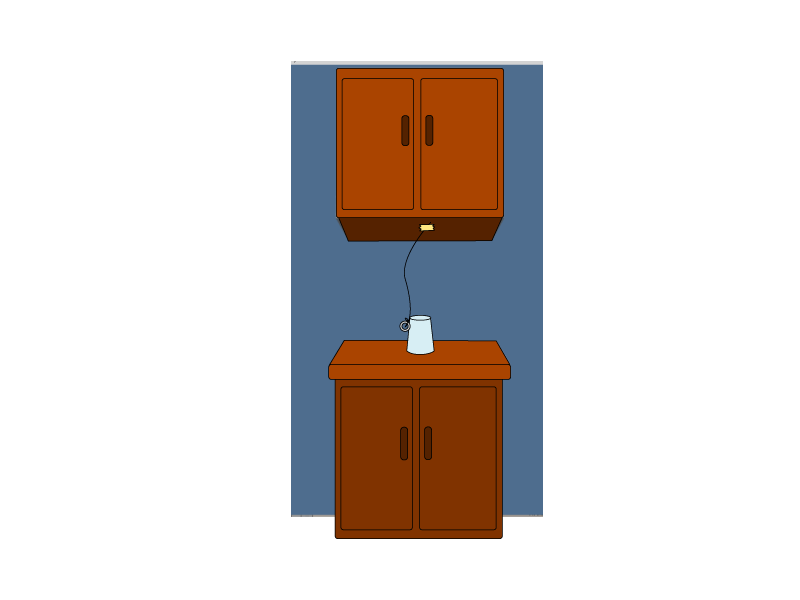 You’ll find that a gentle push sideways (in relation to the cup) will launch your washers so that they orbit the glass several times. Tapping the washers in a direction straight away from the glass will not allow the washers to orbit, and if you launch the washers with too much force, they will usually just end up hitting the cup immediately after.

Satellites need to be launched sideways and not directly away from the Earth to successfully orbit. Isaac Newton posed a thought experiment to explain why this is; we refer to it today as Newton’s cannonball. Let's pretend that we have a large cannon on top of a very tall mountain (the mountain is tall enough so that a cannonball fired out of the cannon wouldn't encounter any air resistance). If you fire a cannonball parallel to the ground, but not very fast (A), it will only go a short distance before thumping down into the ocean because the force of gravity redirects the path of the cannonball. If you fire a cannonball faster (B), it will land farther away. Gravity still causes the cannonball to fall towards the earth, but its initial sideways velocity carries it a little farther.

If you launched that cannonball very fast at what is called orbital speed, it would continue traveling around the moon on a fixed circular path (C). In this case, the velocity of the cannonball is great enough to make the cannonball fall around the earth. Gravity acts on the cannonball at all times, constantly redirecting its path, but the cannonball's horizontal speed means that gravity will never be able to pull it back to the earth's surface. 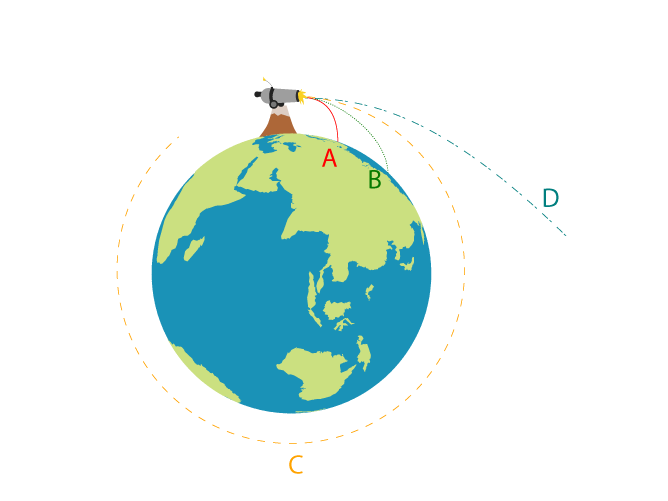 NASA launches orbital launch vehicles with the same method you used to send the washer into a brief orbit. Although the rocket initially takes off vertically to gain speed and altitude, once it is past the air resistance in the atmosphere, it turns sideways and picks up speed horizontally until it reaches orbital speed.

Something that’s possible for rockets, but not possible for your washers-on-a-string, is reaching escape velocity. Escape velocity is the speed something needs to go to get entirely away from the gravity of a massive object, such as the Earth, so that it will never fall back down (In the diagram above, line (D) demonstrates a cannonball launched at escape velocity). Space probes exploring other planets or asteroids in our solar system need to reach escape velocity to travel to these other places. The astronauts on the moon had to reach the moon’s escape velocity in order to make it back to Earth.