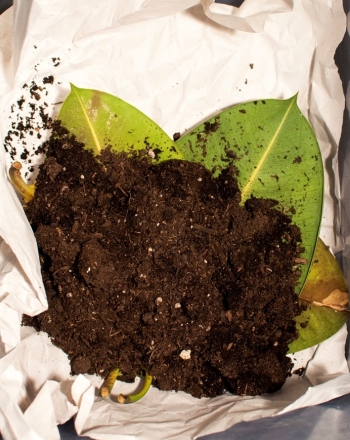 Student tests the effects of turning compost on decomposition time.

Composting is an important technique used to break down solid organic waste and make it useful for growing plants. The process helps keep food, yard, and paper waste out of landfills and makes nutrient-rich organic fertilizer. Worms are often used in composting. The activity of the worms is thought to aerate the compost and make it decompose more quickly. In this experiment, a student will test the benefits of turning compost to aerate it. The student will set up two compost piles with soil and yard waste and place sheets of newspaper in each pile. Over a period of two to three months, the student will turn one pile with a shovel and leave the other pile undisturbed. The amount of decomposition will be determined based on the appearance of the newspaper in each pile.