Do Bananas Give Birth to Maggots? 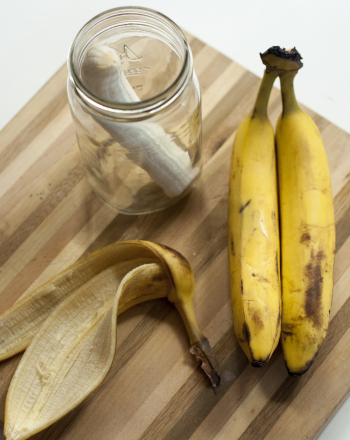 The goal of this project is to disprove the theory that decaying fruit gives birth to living organisms like insects. Instead, the project demonstrates that the rotting food attracts insects that lay eggs on it. Those eggs hatch and become early stage insects like maggots.

Flies and other insects swarm near dying organisms, so initial theories of their presence assumed that they came from the decaying matter itself. The idea was called spontaneous generation, and it was popular until the 19th century. A famous experiment by Francesco Redi suggested that decaying food does not produce living organisms.

A simple table and photographs will visually display the results:

Manny's Bananas Story
Story
Manny's Bananas Story
Hey...where did all Manny's bananas go? Learn about subtraction with Manny the monkey as he gives away his bananas to hungry friends.
preschool
Math
Story
Count to 10: Go Bananas!
Worksheet
Count to 10: Go Bananas!
A monkey wants to reach the bananas! On this prekindergarten worksheet, kids count to 10 and draw a line along that path that to reach the bananas.
preschool
Math
Worksheet
Apples and Bananas
Lesson plan
Apples and Bananas
Your students will love singing the classic song “Apples and Bananas” while learning all about long vowel sounds.
kindergarten
Reading & Writing
Lesson plan
Evaluating the Influence of Birth Order on Personality
Science project
Evaluating the Influence of Birth Order on Personality
Evaluate whether birth order influences personality.
Middle school
Social studies
Science project
Monkey Math: Add the Bananas
Worksheet
Monkey Math: Add the Bananas
With this first grade math worksheet, kids count and add bananas to find sums up to 9.
1st grade
Math
Worksheet
Banana Coloring Page
Worksheet
Banana Coloring Page
Go bananas for this fresh and fruity coloring page! Your little learner will get to learn a sight word as she colors this bunch of bananas.
preschool
Worksheet
Bananas: Writing Opinions
Worksheet
Bananas: Writing Opinions
Use this opinion writing worksheet to give your 1st grader some practice writing reasons to back up her opinions about fruit.
1st grade
Reading & Writing
Worksheet
Frozen Chocolate-Covered Bananas
Activity
Frozen Chocolate-Covered Bananas
...along with a metal or glass bowl that fits over the top Spatula Parchment paper Plate What You Do: Invite your child to peel four ripe bananas, then...
2nd grade
Activity
Write the Sight Words: "Give"
Worksheet
Write the Sight Words: "Give"
Looking for a phonics worksheet to help your child with sight words? This printable will give him practice with the word "give".
1st grade
Reading & Writing
Worksheet
Christmas To-Do List
Worksheet
Christmas To-Do List
Make sure your kid makes the most out of his Christmas vacation by giving him this fun to-do list.
2nd grade
Worksheet
Banana Boats
Activity
Banana Boats
Your child will go bananas for these gooey, delicious, scrumptious banana boats!
2nd grade
Activity
To Do List
Worksheet
To Do List
Get ready for the back to school season with a printable to-do list full of fall colors, a great start to an organized school year!
1st grade
Reading & Writing
Worksheet
We enable strictly necessary cookies to give you the best possible experience on Education.com.Cookie policy