What Causes the Phases of the Moon? 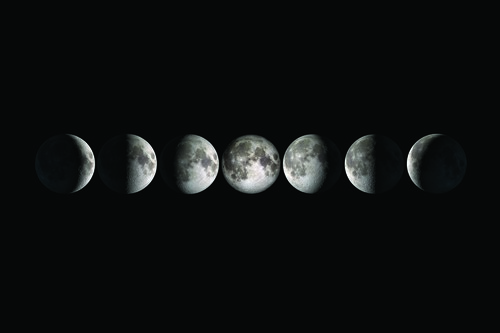 It’s fascinating to watch how the moon changes over the course of a month. For a couple of days, it is a full, bright circle. Then, it begins to shrink, until only a tiny crescent remains. Then it disappears altogether. At last, it appears again, growing a little bigger each night, until it is full again. What’s going on?

The phases of the moon are the changes in the amount of the surface of the moon that are lit up over the course of a month, as viewed from earth. And, the light we see coming from the moon isn’t moonlight at all — it's sunlight! The moon does not emit any light itself. The Sun’s light is reflected from the surface of the Moon to us. Because the positions of the Earth, Moon, and Sun vary throughout the course of the month, the amount of the moon’s surface that we can see changes a little bit every night.

When the surface of the side of the moon facing Earth is completely illuminated, we see a full moon. When none of the surface is illuminated and we can’t see the moon at all, the phase is a new moon. When half the side of the moon facing Earth is lit up, the phases are called the first and third quarters. When the visible moon appears to be getting bigger, we say it is waxing; when the visible lighted surface seems to be getting smaller, we say the moon is waning. When less than half of the visible moon is lit, it’s called a crescent, and when it’s more than half, it’s called a gibbous. 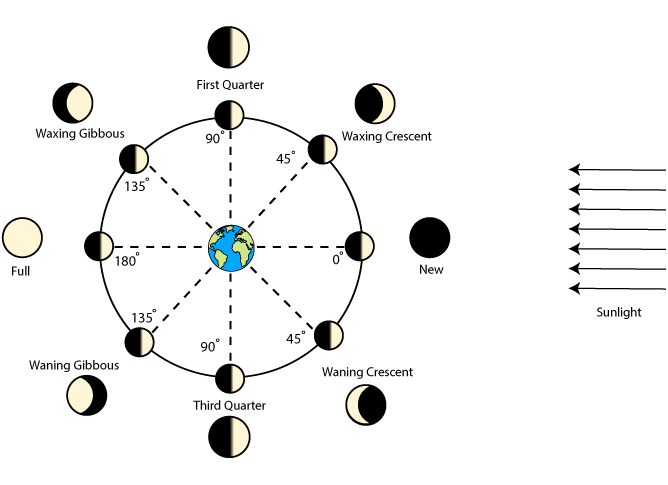 Astronomers have observed the phases of the moon for thousands of years and have found that it takes 29 and a half days for the moon to go through its entire phase cycle. This is called a lunar month. That means that the months on the calendar we use don’t exactly match the phases of the Moon. Have you ever heard the phrase “once in a blue moon”? You might remember that this saying means an event that doesn’t happen very often. A blue moon occurs when there is a second full moon during the same month. For example, there could be a full moon on October 2, and another on October 31, just in time for Halloween. A blue moon usually occurs every two to three years.

A three-dimensional model can help clarify this complex topic.

How do the positions of the Sun and Moon determine Moon phases? 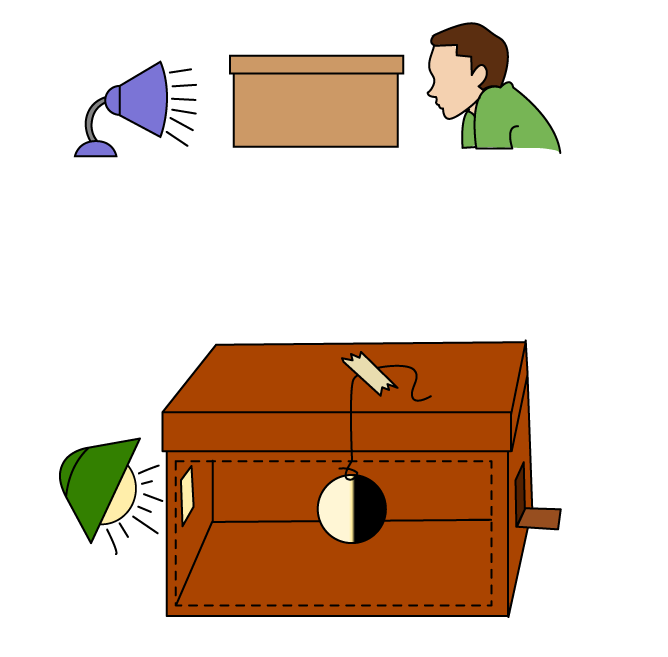 Check out this cool project on how the moon’s phases affect Earth’s tides!