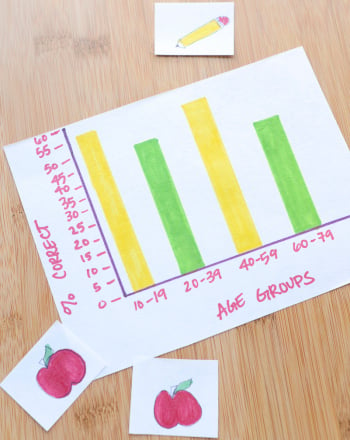 “Now, what did I come into this room for? I can’t remember!” Grandma says, then sighs, shaking her head. “I guess I’m having a senior moment.”

We often assume that when we get older, we start to lose our ability to remember things. But have you forgotten your lunch in the fridge before? Or forgotten your homework on your desk? Is age really an important factor in how well we remember things? Is memory loss directly related to age, then?

Sensory memory is what you use to instantly (within a few seconds) recall impressions made on your senses. If someone were to quickly flash a picture in front of you, even if it was only for less than a second, for a brief time you would be able to recall the colors and shapes that you saw. Sensory memory begins to degrade, or fade, immediately and rapidly.

Short-term memory is what you use to recall information within a period of several seconds. Studies have found that you are able to hold about 4-7 things in your short-term memory at one time. Short-term memory also degrades fairly quickly, which is why it is difficult to remember, for example, your friend’s address a few seconds after she’s told it to you. Both sensory and short-term memory have very limited capacities and operate in the frontal lobe of the brain.

Long-term memory has a much larger capacity. It includes all of your memory capacity beyond short-term memory—all the way to your earliest childhood memory!  You may not to be able to remember your friend’s address right after she’s told you, but you can probably remember your own address. Long-term memory uses a greater area of the brain.

Things in your sensory and short-term memory can settle into your long-term memory with the help of sleep and the part of your brain called the hippocampus. When you sleep, your brain files through all the memories of the day and converts the important stuff into long-term memory.

Most people can’t remember anything before they were about three or four years old. Babies’ memories develop during these first few years, gradually growing in capacity. Once you’re no longer a toddler, your memory is at full operating capacity.

In this study, you will test the short-term memory capacity of different age groups and examine your data to determine if younger people really have a better memory than older people.

Your results will vary. You will likely find that generally, older test subjects will take longer to complete the memory game than younger test subjects. However, you may also find that there are exceptions to this trend. Your data might show that older people will not always have poorer memory capacities than younger people.

There are many more factors that go into memory capacity than just age. Age can and often does negatively impact memory capacity, but aging doesn’t necessarily always affect memory.

An older person who has an active lifestyle, including regular physical activity, mental activity, and social interaction, could have a short-term memory as sharp as someone several decades younger. And older person with a more sedentary and isolated lifestyle will likely show poorer short-term memory retention. Happier people also have a bettery memory than people who are stressed or depressed.

Other physical factors influence short-term memory capacity include blood pressure and amount of sleep. High blood pressure limits blood supply to the brain, which makes it harder for the brain to retain and recall information. Because high blood pressure is more prevalent in older adults, this is another factor that leads us to the assumption that older people have trouble remembering things. Did your study include a sleep-deprived student? Lack of sleep will be common in college-age subjects, and is a significant contributor to memory loss, although the effects are temporary.

People who like brain-benders like crossword puzzles and other word and number games, people who exercise regularly, and even people who meditate show greater memory capacity than those who don’t engage in these activities.

Scientists have not identified a single or absolute cause of “senior moments” and age-related memory decline. Some studies have shown evidence that age degrades the brain’s ability to refocus after a line of thought has been interrupted. Age may also bring a diminished ability to access short-term information and increase the short memory degradation. Interestingly, age’s effect on long-term memory is much less. Just ask your Grandma to tell you a story about when she was your age—she’s likely to remember specific and vivid details!