Log in with different email
For more assistance contact customer service
Entire library
Science projects
Second Grade
What Are the Layers of the Earth?

What Are the Layers of the Earth? 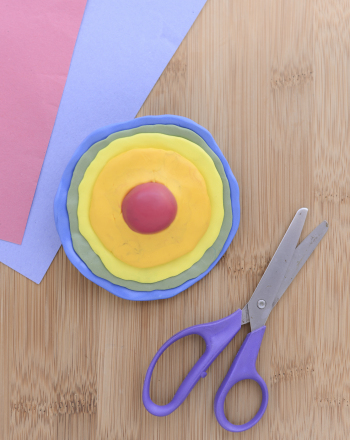 What’s inside the earth? Create a craft or bake a cake that will help you dig deep into the mysteries of the earth’s interior.

First, it’s time for a short geology lesson. The earth has four layers. The top layer is the one we live on, and it’s called the crust. The crust is like the crunchy outside of a loaf of bread, except that your bread probably doesn’t have trees living on it. The crust is made out of lighter rocks such as granite. All of the rocks, streams, mountains, and beaches where we see rocks are all part of the crust. The crust is fairly small when it’s compared to the other layers of the earth. It’s only 3 to 5 miles deep under the oceans and about 25 miles deep on land. The earth’s crust is not a smooth coating on the earth, but it’s made out of plates that move around. When the plates move against each other, it causes earthquakes.

The second layer of the earth is just below the crust. It’s called the mantle. The mantle is very thick: 1800 miles deep. The mantle is a little bit like a sandwich. On the top and bottom parts of the mantle, the rock doesn’t move very much. In the middle of the mantle is the asthenosphere. This part of the mantle moves around fairly slowly. This moving mantle layer pushes the earth’s plates around.

Next is the core of the earth. The outer core is very hot. It can be up to 9000 degrees F! Inside the outer core, metals such as iron and nickel move around as liquids.

The inner core of the earth is the center of the earth. All of the rocks on the outside press down on the inside. The rocks in the core vibrate and are squeezed together by the other layers. This layer is not as thick as the other inner layers of the earth. It’s 800 miles thick.

Create a model of the Earth’s layers. 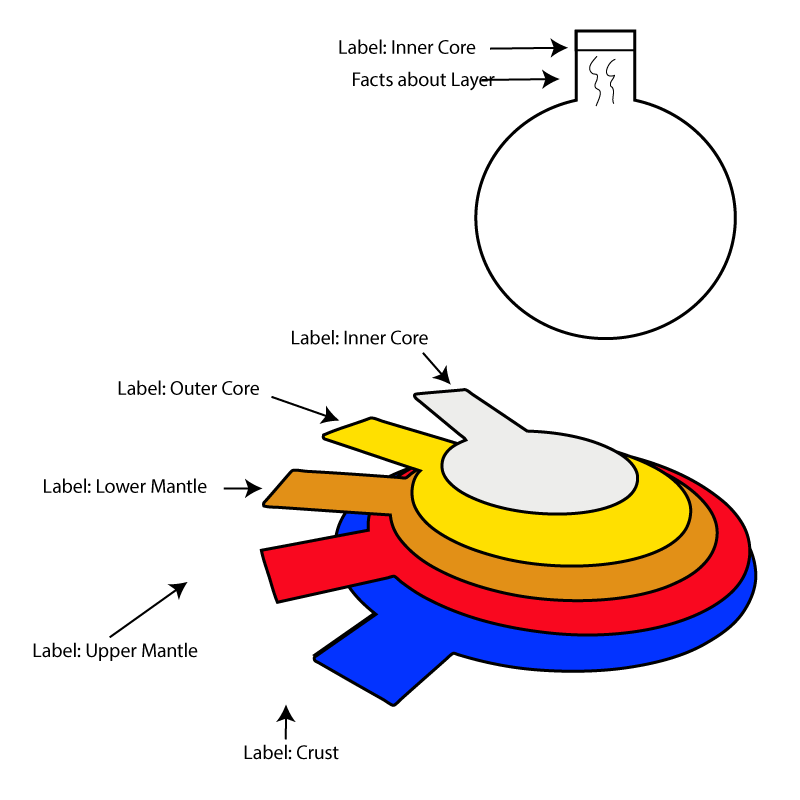 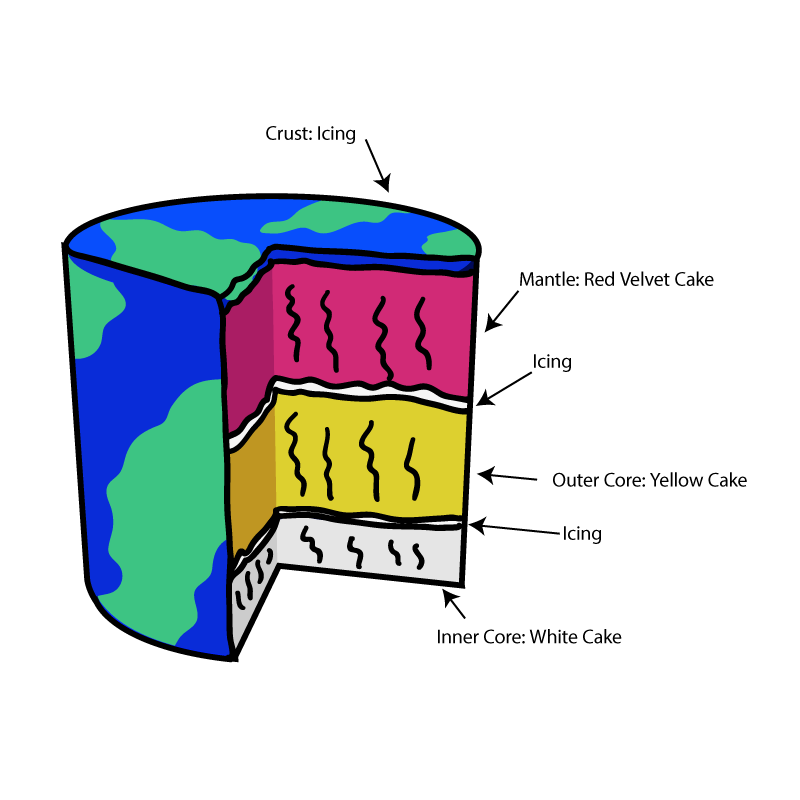 The earth formed from a big cloud of dust and gases. Gradually, the dust and gas came together, forming the earth. In those early days over 4 billion years ago, the earth was mostly made up of liquid rock in volcanoes and was pounded by collisions from other things in space. Over time, the earth began to cool, and more solid layers formed, creating the earth’s crust.

Sometimes people talk about the earth’s “spheres”. The spheres of the earth are a way to describe some of the different, large-scale types of matter on the earth. There's the atmosphere, which contains layers just like the earth does. The earth’s hydrosphere contains the water on the earth. The lithosphere is part of what you’ve been exploring today: it contains the layers of rock closest to the surface of the earth, such as the earth’s crust. The asthenosphere is in the upper mantle. Inside each sphere, matter changes from gas to liquid to solid form.

How could you adjust your models to show the changes in matter and the different states in each sphere?

Play Dough Earth: Layers Of the Earth
Lesson plan
Play Dough Earth: Layers Of the Earth
Use hands-on activities involving play dough to show your students the layers of the Earth!
1st grade
Science
Lesson plan
Color the Earth's Layers!
Worksheet
Color the Earth's Layers!
Dig in to the layers of the earth with this science coloring page!
2nd grade
Science
Worksheet
Layers of Soil
Worksheet
Layers of Soil
Take a look into the layers of the earth with this soil science sheet! Your little digger can learn about the different soil layers and what lives in each one.
2nd grade
Science
Worksheet
Soil Layers
Worksheet
Soil Layers
Quiz your little scientist on his knowledge of the soil layers! He'll be reviewing some important earth science concepts and key terms.
2nd grade
Science
Worksheet
Save The Earth: Recycle
Lesson plan
Save The Earth: Recycle
Great for an Earth Day unit or as part of your school's recycling awareness program, use this lesson to make your students aware of actions they can take to save the Earth!
1st grade
Lesson plan
Earth Day Fill-in-the-Blank
Worksheet
Earth Day Fill-in-the-Blank
Find out how to help the Earth with our Earth Day fill-in-the-blank. With this awesome Earth Day activity, you and your kid can save the planet!
2nd grade
Reading & Writing
Worksheet
Earth Science Vocabulary
Worksheet
Earth Science Vocabulary
Learn the many features of planet earth in this easy earth science vocabulary chart.
2nd grade
Science
Worksheet
How do Sedimentary Layers Form?
Science project
How do Sedimentary Layers Form?
In this science fair project, students discover how sedimentary layers form as sediments like mud, silt and sand settle over time.
1st grade
Science project
Earth Word Search
Worksheet
Earth Word Search
Dig into this fun science worksheet and introduce your budding geologist to some earth science vocabulary.
2nd grade
Worksheet
Earth Day Game
Worksheet
Earth Day Game
It's easy being green when you have our Earth Day game for a guide. Just print out this Earth Day game and get ready to score one for the planet.
2nd grade
Science
Worksheet
How to Celebrate Earth Day
Activity
How to Celebrate Earth Day
What better way to raise awareness about the environment than with an eco-friendly Earth-themed party? Get your party started with this step-by-step guide.
2nd grade
Arts & crafts
Activity
Earth Plate
Activity
Earth Plate
Your child will have fun creating an Earth Day Plate that he can eat off as often as he likes!
2nd grade
Arts & crafts
Activity
We enable strictly necessary cookies to give you the best possible experience on Education.com.Cookie policy