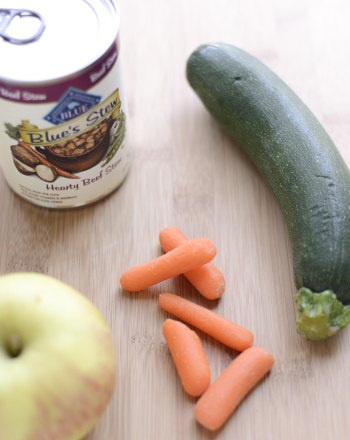 What’s on the menu? There are many different kinds of food that people feed their dogs, and sometimes it seems like dogs will eat almost anything!  Veterinarians don’t always agree on what the best, healthiest food to feed your dog is, but many believe that a homemade diet, both cooked and raw, is more nutritious for dogs than canned or dry food.

A dog can’t order off a menu, but can we figure out what he’ll prefer between canned food, dry food, homemade raw food, or homemade cooked food? Let’s see!

What foods do dogs prefer? Is a dog’s food preference connected to how healthy the food is?

Dogs will usually prefer the raw food, but a dog’s preference also depends on what food it’s used to eating.

The domesticated dogs we keep as pets today used to be wild dogs. A wild dog like a coyote or a wolf hunts for food, and eats it raw. Depending on the type of dog, it might eat small animals like mice or it might hunt in a pack for larger animals.

Many thousands of years ago, dogs and humans began to work together. Dogs could guard the places where humans lived, hunt and track, and were also helpful for carrying and collecting things. As dogs and humans became friends, dogs started to eat human food given to them as well. Today, we have many different types of dog food for our pets.

Given what dogs eat in nature, you might expect that your dog would like to eat raw food. This might be the case. However, this preference can depend on the dog.  If your dog is used to eating dry or canned food, it might eat that out of habit. Just like humans have foods that we’re used to and eat all of the time, so do dogs! To find out, you can try this experiment with several different dogs and note what they usually eat at home before you begin testing other kinds of foods.

Dog Word Search
Worksheet
Dog Word Search
This fun dog word search is crammed with dog names and other dog-related words. Can your child find all 37?
4th grade
Worksheet
Hot Dog Mummy
Science project
Hot Dog Mummy
In this experiment you will replicate the mummification process by making a hot dog mummy.
1st grade
Science project
Host a Dog Wash
Activity
Host a Dog Wash
Host a dog wash to raise money for yourself, for charity, or just for fun!
4th grade
Activity
Dog Breed Trivia
Worksheet
Dog Breed Trivia
Test his knowledge on the different breeds of dog with some trivia questions!
4th grade
Science
Worksheet
Can Dog Drool Kill Germs?
Science project
Can Dog Drool Kill Germs?
This science experiment tests if dog saliva can really help heal wounds.
Middle school
Science project
Red Envelope: Year of the Dog
Worksheet
Red Envelope: Year of the Dog
Celebrate the Year of the Dog during Chinese New Year by making your own Chinese zodiac red envelope! Put lucky money inside to pass on during lunar new year.
3rd grade
Social studies
Worksheet
Dog Nose Prints
Science project
Dog Nose Prints
Have you ever noticed the ridges on a dog's nose? In this project, we take several dogs' nose prints and discover just how unique they are!
4th grade
Science project
You're the Teacher!
Worksheet
You're the Teacher!
No reason to claim the dog ate your homework or an alien abducted your notes -- for this math assignment, you'll be the grader!
4th grade
Math
Worksheet
Wild World of Wolves
Worksheet
Wild World of Wolves
Did you know wolves are the largest members of the dog family? This fun worksheet is jam-packed with fun facts about the wolf!
4th grade
Science
Worksheet
Statue of Zeus at Olympia
Worksheet
Statue of Zeus at Olympia
Zeus wasn't just any old god to the Ancient Greeks -- he was the top dog, the big kahuna. That's why his statue, built at Olympia, was so incredible.
4th grade
Social studies
Worksheet
Food Conservation
Activity
Food Conservation
Children will learn about food waste and conservation, create a poster that lets others know about the importance of food conservation, and make a plan to waste less food and consume with mindfulness.
4th grade
Activity
Homemade Lava Lamp
Activity
Homemade Lava Lamp
A homemade lava lamp gives any room a retro flair. Find out how to make a homemade lava lamp, and learn some science too, with this educational activity.
4th grade
Science
Activity
We enable strictly necessary cookies to give you the best possible experience on Education.com.Cookie policy