How Effective Are Funny Advertisements? 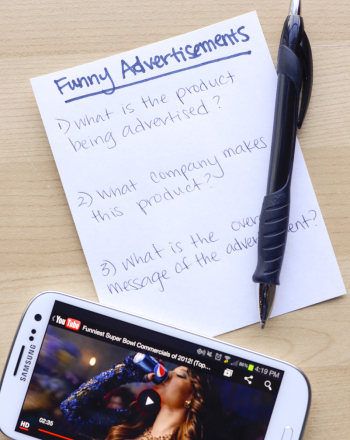 The objective of this experiment is to evaluate whether funny advertisements are more or less effective than serious advertisements.

Which type of advertisement (funny or serious) is most effective?

Some advertisements may be amusing, but do they effectively convey the message that the company wants to send? In this experiment, both funny and serious television commercials will be shown to test subjects. Participants will then be tested on the message of each ad. Based on these responses, you will evaluate which type of ad is most effective.