Energy From Garbage: How to Make Biogas 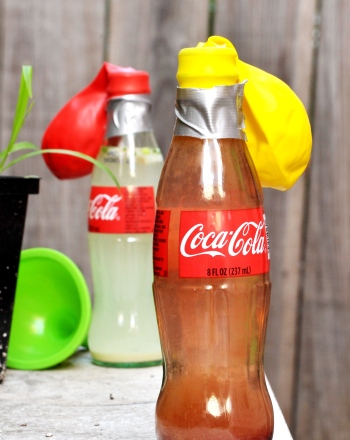 When you send your trash to the landfill, what happens to it? It may get buried under loads of landfill waste. If some of your waste is organic material like vegetables and fruit, this means that it will rot without oxygen. This is called anaerobic decomposition.

If you compost, you likely use the process of aerobic decomposition to help you a long. This process involves oxygen-loving microorganisms that help decompose the materials in the compost. You may even add air to the compost pile by turning it. This speeds up the process of decomposition and makes your compost warmer and less stinky.

Anaerobic means that there is no oxygen present. So how does food waste rot without oxygen? In anaerobic decomposition, bacteria that like this sort of environment work to break down the food waste. These bacteria have been around since long before plants existed!

When the bacteria break down the organic waste, the process releases methane and other gases such as carbon dioxide. These gasses are known as biogases, and can be harnessed as a source of energy. In this experiment, you’ll learn how to make biogas by creating an anaerobic environment and seeing how effective different types of fruits and vegetables are when it comes to creating methane.

How much methane do different types of food scraps produce?

The balloons over the blueberries and onions will inflate the most. A few days after inflating, the balloons will begin to deflate.

Certain fruits and vegetables release a lot more methane than others, and scientists are still trying to figure out why. Onions win out over most vegetables, and blueberries and bananas are high if you’re looking for gas-rich fruits. The control bottle and the bottle with the bleach did not produce a larger balloon. This is because bleach kills anaerobic bacteria.

If we were to simply release these gases into the atmosphere, they would contribute to climate change, since carbon dioxide and methane are both greenhouse gases. However, when harnessed, biogas can be a useful source of energy from garbage. Landfills, treatment plants, and other places where anaerobic processes occur can be set up to collect biogas, which can be used in place of coal, oil, or other fossil fuels to produce energy.