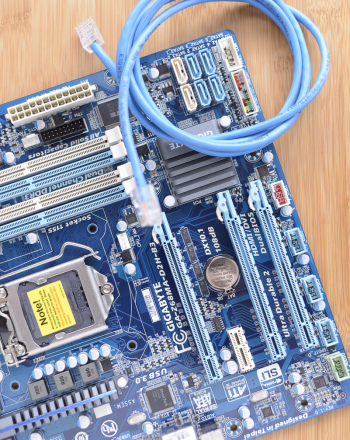 I will make digital circuits and use it to upgrade and charge a laptop or netbook or android, by using a microcontroller sensor which can connect through  bluetooth, infared, or usb. I will also use it to power a high amount of electricity.

Microcontrollers are small computers on only one integraded circuit. This contains its processor core. A microcontroller is peripheral as a system contained by itself with small processor and tiny size that in planted on top of a single circuit that has been integrated and maybe soldered. It has an ADC (Analog to Digital Converter), and a ISR (Interrupt Server Routine) which is used to program it. It has a CPU (Central Processing Unit), which is the brain of the microcontroller. Its memory or program can be erased threw the computer by ultraviolet light. An advanced microcontroller would have a six transistor SRAM.

Microcontrollers can be part of a motherboard. They don't have that high of memory hierarchy. Memory Hierarchy is known as the virtual memory of the hard drive.

A hard drive is an access device for the digigital memory of the computer.  This is dominent for the digital data of an computer.

Basic integer to digitalize and convert to electricity. A circuit can be used to power upn electricity.

I want to demostrate digital sensors, or circuits and how you can use them to program things or power a high amount of electricity so you can find a cheap way to charge electricity or use microcontroller technology.

My project thesis statements and notes and data summary is available here.

What does this have to do with Einstein's laws of physics?

Einstein's Law is called Special Relativity. It was discovered by him in 1905, but he didn't get the noble prize of physics until 1921.

Step 1- If you connect the 4 circuit boards together and connect them to the 26.7 megahertz remote's circuit then it would be a digital circuit. You need to connect: 11-33, 12-30, 17-26, 27-29, 28-34, 7-35-38, 8-16-23, 25-32 with Zinc wires and connect the transistors together, then it would be a digital circuit than can power a high amount of electricity. The transmitters is 1-3 to transmitter 4-11-16. The project that I have done requires a high understanding of computer science, quantum physics, and even magnetism. It also demonstrates General Relativity.

I noticed that the circuits generated a high amount of electricity, which can save alot of money from the electrical bill.

I saw it work and power a high voltage amount and that Zinc is the best electric conductor.

Circuits can power a generater and many electric circuits can for a digital circuit. I noticed that my hypothesis was correct.

Technology is the study of making new things to make a better world.  It requires the knowledge of Physics, Computer Science, and Inventions or Innowations.

Learnings: I had to learn basic chemistry and physics equations, as well as learn computer/innovation design and program.

General Reletivity is the movement of free light particles, which may also describe what torques are in physics.

I will also need to know how to program microcontrollers, which has to do with the basic understanding of computer science.

I have been studying computer science, and logic for years, so it wasn't easy to just come up with an idea like this.

Use Zinc wire because it is the best conductor of electricity and cover it with PVC tape so if you touch it yoou won't get electrical shocked when its on, Don't put it on wet areas and don't touch the circuits when its on.

My hypothesis was right, and so was my thesis statement.

In my logic can you use the circuit idea to power generators, or electric cars, or homes if you used a more powerful circuit.

This would be interesting to know because if we did that, but with more advanced circuits, and it worked, than we could save our country millions.

This project also has to do with the simple study of electricity. I also studied CPUs and microcontrollers. This is why I think my project should win, because it involves physics, math, computerscience, and its pretty hard for a 14 year-old boy like myself to do but I did it, and I did it right. This project also took alot of perseverance and trial errors to do. My project could have been better if I added a switch-circuit to the deluxe electronics lab circuit.

Eco-Friendly Maze: Saving Energy
Worksheet
Eco-Friendly Maze: Saving Energy
Teach your child about saving energy with a fun maze. They'll boost their fine motor skills and learn about the importance of turning off the lights.
kindergarten
Worksheet
Energy Transformation
Science project
Energy Transformation
Do you hate to waste energy? In this experiment, you will design a machine that is powered by the process known as energy transformation.
Science
Science project
Save Energy Maze
Worksheet
Save Energy Maze
Teach your child about the importance of saving energy with a fun maze activity.
kindergarten
Worksheet
Build a Balloon-Powered Car
Activity
Build a Balloon-Powered Car
This balloon-powered car project is a great way for your kid to learn about energy and how it can be used efficiently.
2nd grade
Science
Activity
Van de Graaff Generator Experiments
Science project
Van de Graaff Generator Experiments
Explore concepts in current and coltage with these Van de Graaff generator experiments.
Science
Science project
Powered Parachutes
Science project
Powered Parachutes
This science fair project idea looks into the concept of powered parachutes as the future of transportation.
High school
Science project
What is Solar Energy
Worksheet
What is Solar Energy
What is solar energy? Discover how we use the power of the sun, and complete this worksheet about an important renewable energy source.
3rd grade
Science
Worksheet
Conservation of Energy Demonstration
Science project
Conservation of Energy Demonstration
This conservation of energy demonstration shows why the first hill is the highest on a roller coaster. Learn more about potential and kinetic energy!
Science project
What is Water Energy
Worksheet
What is Water Energy
What is water energy? Also known as hydro power, water energy is one of our important renewable resources!
3rd grade
Science
Worksheet
Renewable Energy Project for Kids: Power from Water
Science project
Renewable Energy Project for Kids: Power from Water
Kids learn about potential energy, and mechanical energy, and how to make power from water with one of our favorite renewable energy projects for kids.
5th grade
Science
Science project
Electric Energy Drinks
Science project
Electric Energy Drinks
Explore the electrical energy present in energy drinks.
Middle school
Science project
What is Energy?
Worksheet
What is Energy?
Energy is a crucial part of physical science! All things on Earth have energy, whether it's potential or kinetic.
5th grade
Science
Worksheet
We enable strictly necessary cookies to give you the best possible experience on Education.com.Cookie policy