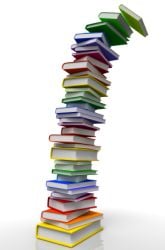 To discover whether there are some objects that do not fall at a constant rate.

The purpose of this experiment is to test various objects to determine whether they fall at the same rate.

400 years ago, the famous physist Galileo discovered that falling objects accelerate at the same rate of speed. It does not matter whether you drop a penny or a shot put out a third story window, the two objects will fall at the same rate and reach the ground at the same time. This constant acceleration was later discovered to be the force of gravity. Though his theory was correct, not all objects will fall at the same rate because gravity is not the only force acting on them. Air resistance and lift create forces that push a falling object away from the center of the Earth’s gravity, slowing the speed of descent.