How to Reduce Friction 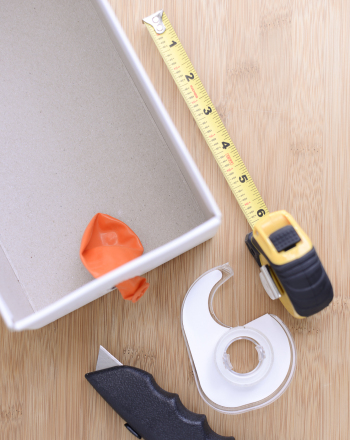 Newton’s First Law of Motion states that when an object is set in motion, it will remain in motion until acted on by an outside force. Theoretically, this could mean you could travel at the same speed forever in one direction, right? The reason we don’t see this happen is because of friction. The force of friction is the resistance to motion that is in the opposite direction of the traveling object. This is why if you roll a ball on the ground it eventually stops. Friction is also the reason you can hold a book, and the reason why you don’t slip when walking! The ground and other solid surfaces can cause friction, called dry friction, but fluids (liquids and gases) like water and air can also cause frictional forces, called fluid friction.

The equation for the force of friction is the following:

The normal force of an object is the force that is perpendicular to the surface of the side of the object that is in contact with the surface that is causing the frictional force. For example, if you have a block moving horizontally on flat ground, the normal force points at a 90° angle out of the ground. 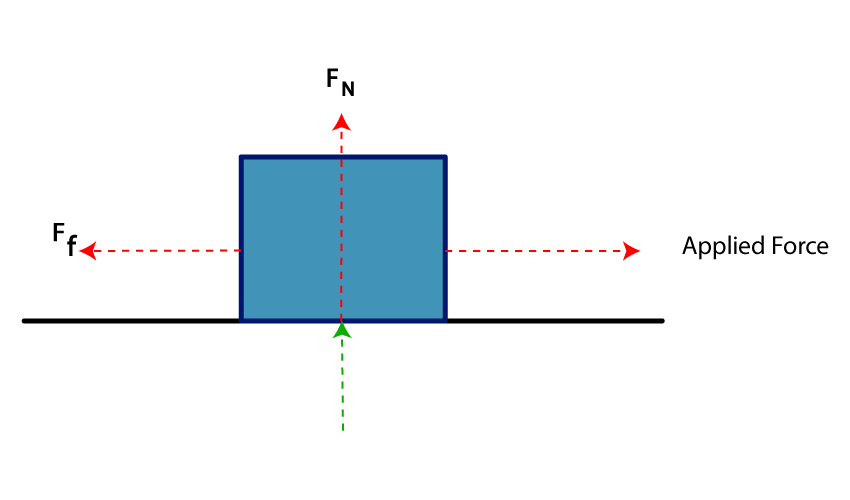 Observe friction in action and determine which surfaces and conditions create the least frictional forces. 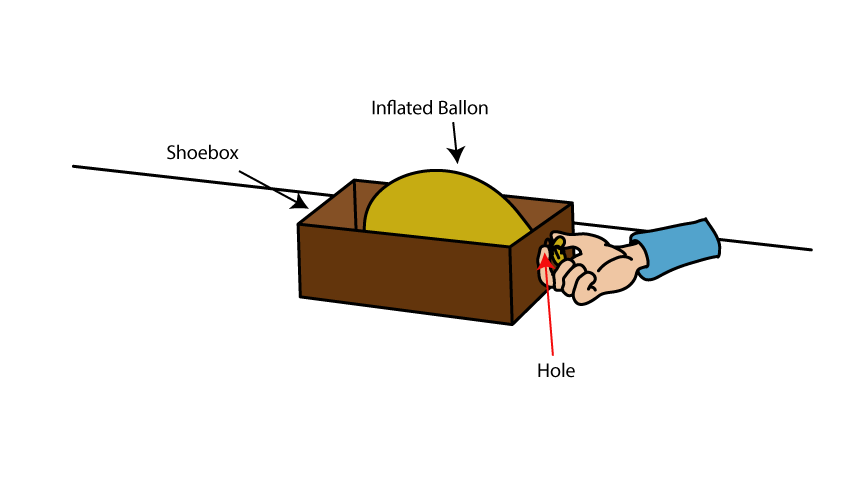 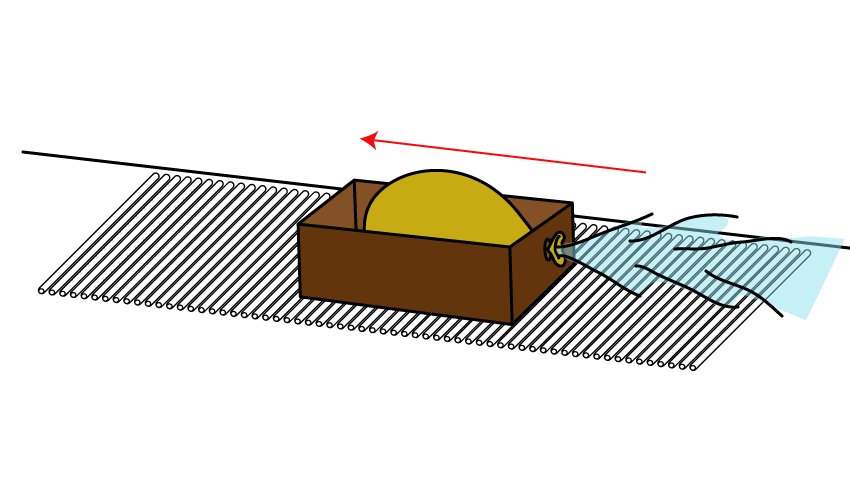 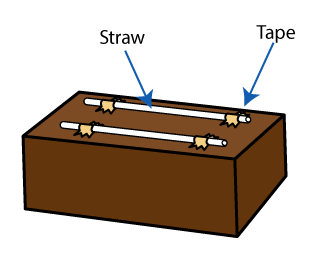 Smooth, flat surfaces like wood floors or kitchen countertops will have small coefficients of friction when compared to rougher, more uneven surfaces like concrete, grass, and carpet.

Placing down smooth straws with the ability to roll along the ground will create much less friction and allow the balloon car to travel farther.

Adding “sleigh rails” to the bottom of the box will allow the balloon car to travel farther also.

It is important to measure to the same spot on the balloon car every time so you can reliably compare distance across different parts of the experiment. Comparing measurements from the starting point to the back of the box in one trial and to the front of the box in another trial would not be a meaningful comparison.

Smooth surfaces create the least amount of friction and are the easiest type of surfaces to travel on. Coefficients of friction, which are properties of a material, are lowest here. Putting the “sleigh rails” on the bottom of the box reduces the frictional force even more because there is a much smaller area of contact, which is means there is a smaller area upon which the frictional force is acting.