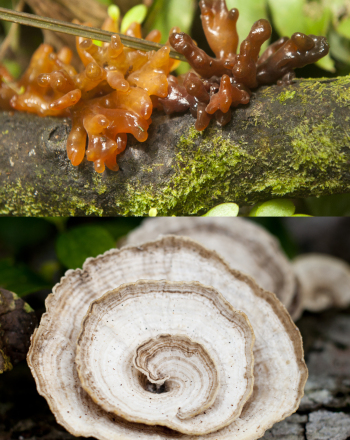 The student counts and identifies species of fungi to compare the biodiversity of fungi in different ecosystems.

The Kingdom Fungi contains heterotrophic organisms that digest their food before ingesting it by excreting enzymes. Because of their method of feeding, fungi are important in causing decay and decomposition, thus cycling nutrients through then ecosystem. Fungi are still not completely understood, but their importance to both ecosystems and humans is well known. In this experiment, the student will count the number of individual fungal reproductive structures to estimate the biodiversity of the fungi in three separate ecosystems. The biodiversity of the fungi can help understand the relative health and complexity of the ecosystem itself.