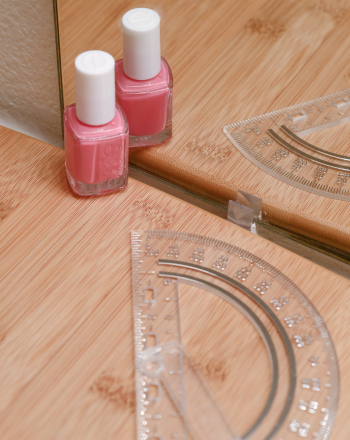 Plane (flat) mirrors have a reflective surface that bounces back light within 180 degrees of the mirror's face. We use these mirrors every day in our bathrooms, bedrooms, and cars. When you look in a plane mirror, you see a mirror image that is flipped backwards and opposite to the objects it is reflecting.

You’ve been tasked with projecting a line of text onto a glass screen for a magic show. However, the projector can’t be on stage, and is instead around a corner, and it’s too bright for the trick. You only have two mirrors. How can you project an image of the text on the glass screen that is dim but readable? Let’s do a mirror physics experiment and see if you can use what you learn to think of a clever solution!

How does the angle of two mirrors change the reflection of an object? 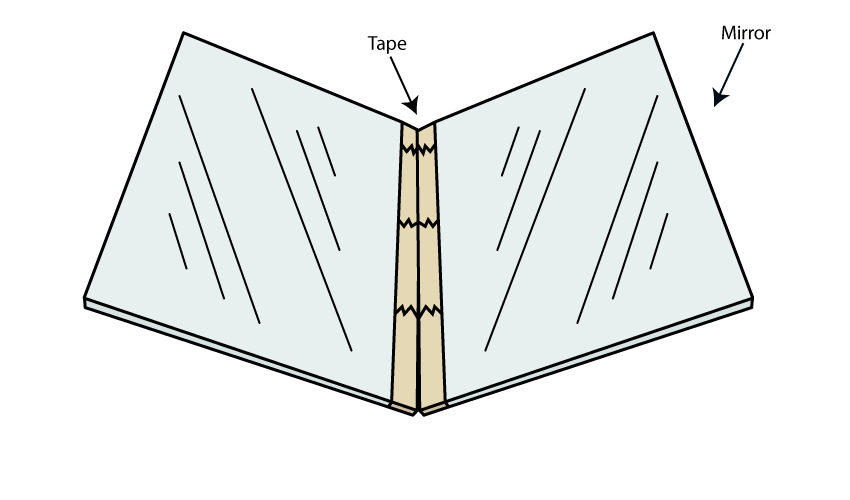 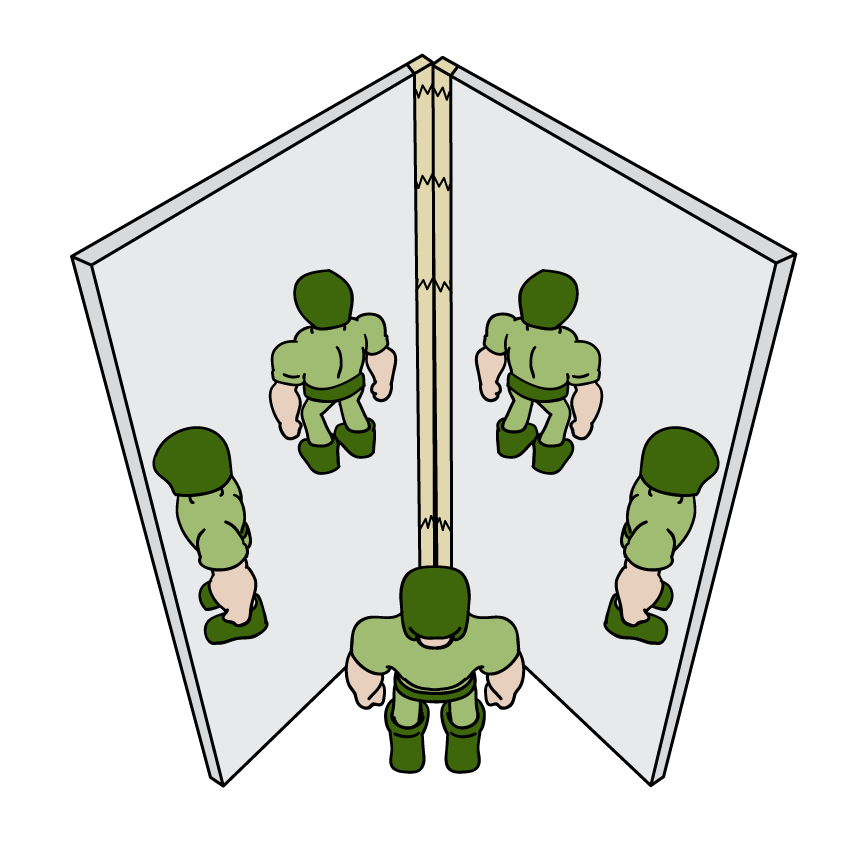 You will see an ever-increasing number of objects as you move the mirrors closer together (reducing the angle between them). Whenever you can see a whole number of images reflected, the angle of the mirrors will perfectly divide into 360 degrees. When you look at the reflection of a reflection you will be able to read the text in the mirror, as if you pointed a camera at the object. The reflections should get dimmer (more silvery) as the number of times they are reflected increases

The mirrors reflect the reflections of other mirrors within 180 degrees of the mirror’s face. When mirrors reflect, the reflected image will be backwards, but if you reflect something twice, it will look normal.

So, how are you going to accomplish your trick? You can make the text appear by lining up your mirrors and your projector so that the light bounces an even number of times before it gets to your eyes. Using multiple mirrors will also dim the image before it hits the glass plate for the trick. 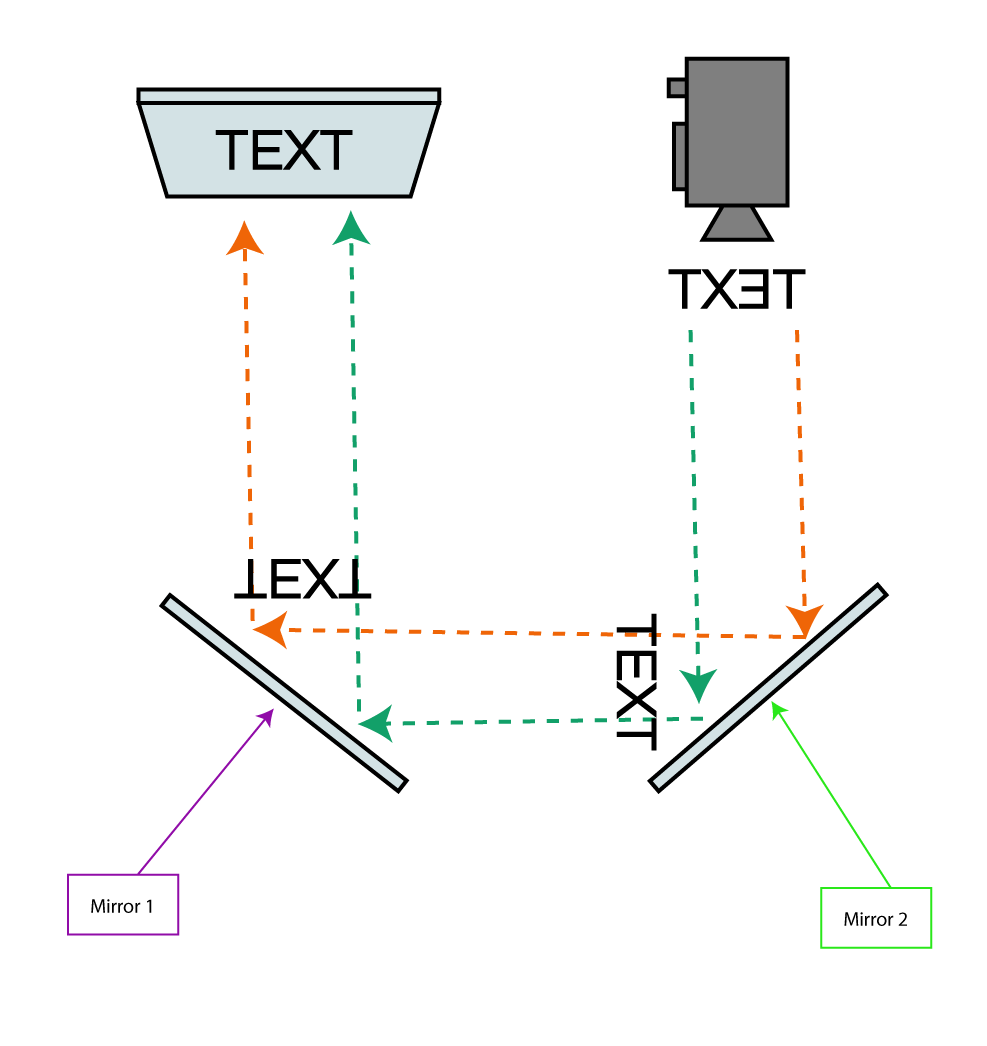