What Direction Should Solar Panels Face? 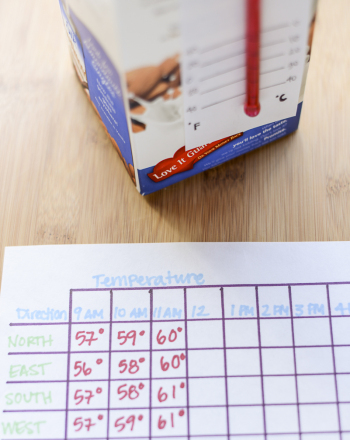 Imagine you’re installing a new array of solar panels for an energy-conscious company in California. You want the largest amount of sunlight possible to reach the panels. The panels are fixed, so you need to figure out which direction to point them in order to gather the most light. The company manager wants you to point them west towards the sun—but they’d have to remain facing that direction every day. Which direction should you actually point them in?

What direction should solar panels face, and why? 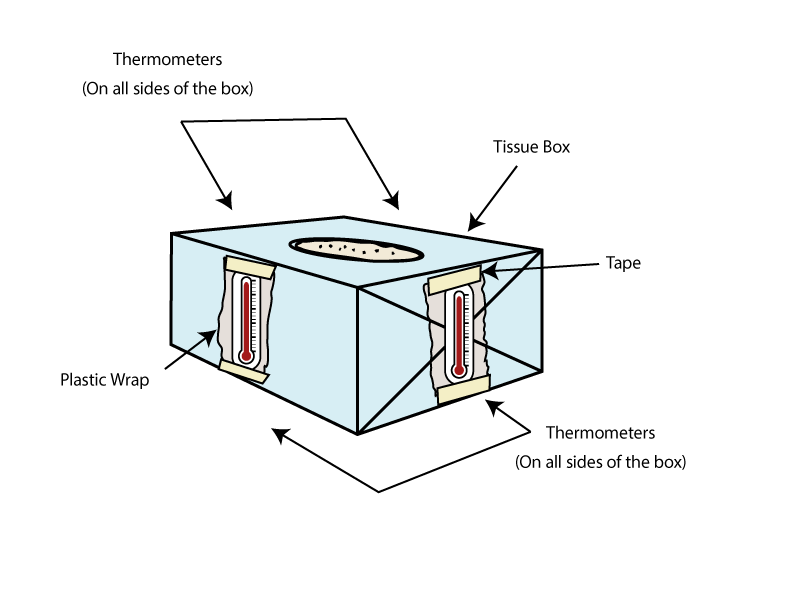 Your building manager was wrong. The Sun feels warmer in the afternoon just because everything is hotter in the afternoon—after all, everything has had ample time to warm up all day! It turns out that no matter how far north or south the sun is, it’s always somewhere in the southern part of the sky all day, and it doesn’t rise or set directly in the east or west, respectively (except at special times of year in special places on the Earth). So how come?

If you live north of the Tropic of Cancer, the sun will always be in the southern half of the sky. Because the Earth tilts in different directions over the course of a year, the sun’s apparent position seems to wander from places directly above the Tropic of Cancer to places directly above the Tropic of Capricorn and back—but because the sun is almost always in the south of the sky in the northern hemisphere, it will preferentially illuminate south-facing objects, such as buildings or solar panels. A good rule of thumb is to tilt your solar panels south towards the sun (and if you want to get really picky, tilt them at an angle determined both by how far north you are and the balance of energy you want during the summer and winter months).

So what’s the deal with wrapping our thermometers in plastic? The plastic wrap traps heat, allowing the sunlight hitting the entire face of the tissue box to heat that face’s thermometer. It behaves like a greenhouse: light from the sun passes through the transparent material and heats up anything underneath it. That heat can’t pass back through the material and escape. This allows us to see a bigger change in temperature, which makes our data much easier to interpret.

Efficient Solar Energy
Science project
Efficient Solar Energy
Science fair project that examines learn how the angle of incidence affects the efficiency of solar panels. How does a solar cell work?
Science project
What is Solar Energy
Worksheet
What is Solar Energy
What is solar energy? Discover how we use the power of the sun, and complete this worksheet about an important renewable energy source.
3rd grade
Science
Worksheet
Do-It-Yourself Solar Eclipse!
Activity
Do-It-Yourself Solar Eclipse!
Recreate the fantastic phenomena of solar eclipses with your child using just a flashlight, a quarter, and her very own face!
3rd grade
Science
Activity
Direction Flashcards
Worksheet
Direction Flashcards
Use these direction flashcards to help your preschooler learn positional words.
preschool
Reading & Writing
Worksheet
What Should We Use?
Worksheet
What Should We Use?
Help your students become more comfortable with using metric units by providing them with an opportunity to think deeply about what unit of length they should use in different situations and why!
2nd grade
Math
Worksheet
Solar Oven Design
Science project
Solar Oven Design
A great science fair project on solar oven design that helps kids learn about solar power and solar heating.
Science project
Position and Direction
Worksheet
Position and Direction
Help your first grader learn basic terms for position and direction. He'll practice identifying left or right, as well as the cardinal directions, and more!
1st grade
Social studies
Worksheet
Solar and Lunar Eclipses
Worksheet
Solar and Lunar Eclipses
What is the difference between a solar eclipse and a lunar eclipse? Find out with this stellar space science worksheet!
5th grade
Science
Worksheet
Direction of Light
Worksheet
Direction of Light
Learn all about the direction light travels and perform your own experiment!
3rd grade
Science
Worksheet
Chicken Face
Activity
Chicken Face
This year, help your child celebrate Easter by upcycling an old light bulb and make a cute little chicken face.
kindergarten
Arts & crafts
Activity
Passive Solar Heating
Science project
Passive Solar Heating
examine how passive solar heating works, measure temperature in a parked car on a sunny day. ways to use passive solar heating as an alternative, energy
4th grade
Science project
Solar Eclipse Model
Science project
Solar Eclipse Model
Check out this fun science fair project idea for 1st grade: a solar eclipse model that demonstrates total, partial, and annular solar eclipses.
1st grade
Science project
We enable strictly necessary cookies to give you the best possible experience on Education.com.Cookie policy