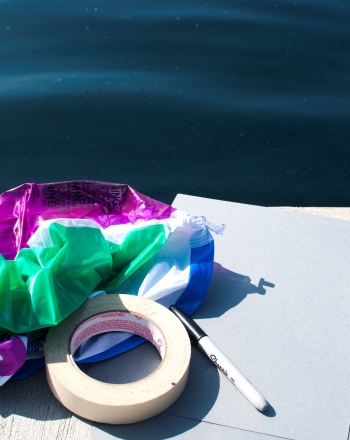 Learn about how tsunami waves travel around an island.

The purpose of this experiment is to generate a pretend tsunami wave in a swimming pool in order to find how it travels to and around an island.

A tsunami is an extremely destructive wave that is capable of travelling across large distances. Tsunamis can be generated by earthquakes, volcanic eruptions, or large meteors that crash into the ocean. They can travel at great speeds, crossing the entire Pacific Ocean in under a day. Islands are at particular risk of being hit by tsunamis, which can wrap around them and damage their entire coast line. Understanding how a tsunami travels to and around an island is important in order to help develop evacuation plans and emergency response plans.