The Impact of Distance on the Doppler Effect 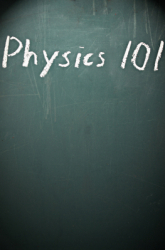 2 weeks. This includes the basic research, recruitment of subjects, experimentation, collection, recording and analysis of data, summary of results and completion of bibliography.

To determine the impact of distance has on the Doppler Effect.

On the information level, this experiment serves to acquaint students with current information on the Doppler Effect or as it is sometimes called the Doppler Shift. We tend to hear different sounds when the source of the sound is approaching, is in motion or receding.  This shift is prevalent in all wave motion, both mechanical and electromagnetic.  The practical applications of this effect or shift include radar detectors measuring the speed of automobiles, astronomers measuring the distance and speed of light emerging from distant galaxies to physicians monitoring the health of a fetus by means of the Doppler shift in ultrasound. The research for this project alone acquaints the student with the multitude of practical and significant applications of a single discovery in physics.

In this experiment, use student response sheets and charts to display the obtained data such as the following sample:

What was heard!  How did the sounds differ or were they the same? Be as specific as you can. If you fail to hear the sound, just record this on your sheet.