A Massive Or Weighty Problem 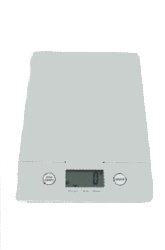 To determine whether mass and weight are the same or different?

In this project the student will become acquainted with basic information enabling him or her to differentiate between mass and weight. While weight and mass are related, they are not the same properties. Mass is a measure of how much matter an object contains. Weight, on the other hand is the measure of the force of gravity on an object. Mass is a property that an object has and does not depend on its location. The mass of an object or person is constant. Were we to take an object to the moon, its weight will depend on the force of gravity on the moon and therefore it would weigh less than it would on the earth, specifically I/6 the of its weight on planet Earth. The more mass two objects have, the greater the force of gravity the masses exert on each other. In short, greater mass results in greater force. To sum up, gravity is the force that objects exert on each other because of their masses.

Data Charts on Estimated Sequences: From Heaviest to Lightest