Planting By the Moon 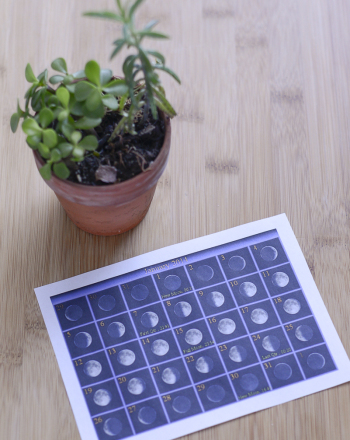 This project examines the influence of the phase of the moon on moisture capillarity in garden soil.

The goal is to have the student test a hypothesis about seed germination and the phases of the moon by conducting a controlled experiment.

How does the phase of the moon affect moisture capillarity in garden soil?

According to gardening lore, seeds planted between the new moon and the full moon show better germination characteristics than those planted at other times of the month. The argument given is that the gravitational pull on the Earth’s water is greatest at this time, and that this causes water in the soil to come to the surface where it is available to the germinating seeds.

Upward movement of water in the soil (capillarity) occurs when lower soil layers contain more moisture than upper soil layers. The height that the water rises to depends on the soil pore size -- the smaller the pores, the more the capillary rise. This is the process that allows moisture to be absorbed by a plant’s roots.

Materials can be found at: Garden nursery or Internet

The moisture should initially be detected near the bottom of the bowl. If this is not the case, empty the bowl and start over using less water.