Music, Tempo and Language Acquisition: Does the Speed of Music Affect the Ability to Retain New Language? 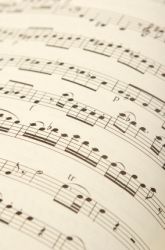 Music is often used as a study aid by students. Music affects the psyche as well, according to pitch, passages and tempo. This projects addresses only tempo, and whether faster or slower music works better as a study aid.

Background music is becoming more and more a constant facet of daily life. Café’s, iPods and increased computer memory have allowed for us to carry libraries of music in a space the size of a thick credit card. Given that silence is rarely a feature of the urban existence, it is worthwhile to know what types of music most affect our productivity. This project aims to study the role of tempo, and its effect on memory retention.