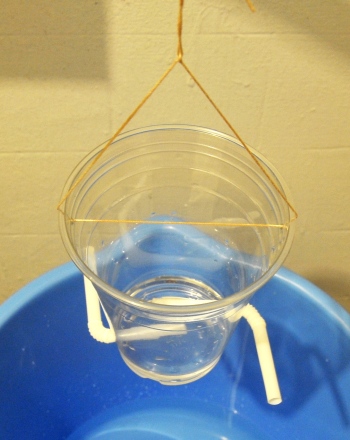 Sir Isaac Newton, a scientist and philosopher of the late 1600’s, spent many years trying to come up with codified rules that describe how all stuff in the universe behaves. In the experiment below, we will explore Newton’s third law, which states that “for every action there is an equal and opposite reaction”—but what does this mean, exactly?

Imagine dropping a tennis ball to the ground. What happens in response to the action of the ball striking the ground? It bounces back up towards you. This is due to the reactionary force of the floor acting against the ball, which pushes it upwards into the air.

To explore this idea more fully, you can easily construct your very own device called an aeolipile (sometimes referred to as Hero’s Engine or a Hero engine). Created by an engineer named Hero of Alexandria about 2000 years ago, this invention was able to show one way in which an action can lead to an equal and opposite reaction: an example of Newton's third law.

Gravity draws the water downward and out through each straw. This causes the engine to spin in a clockwise direction. 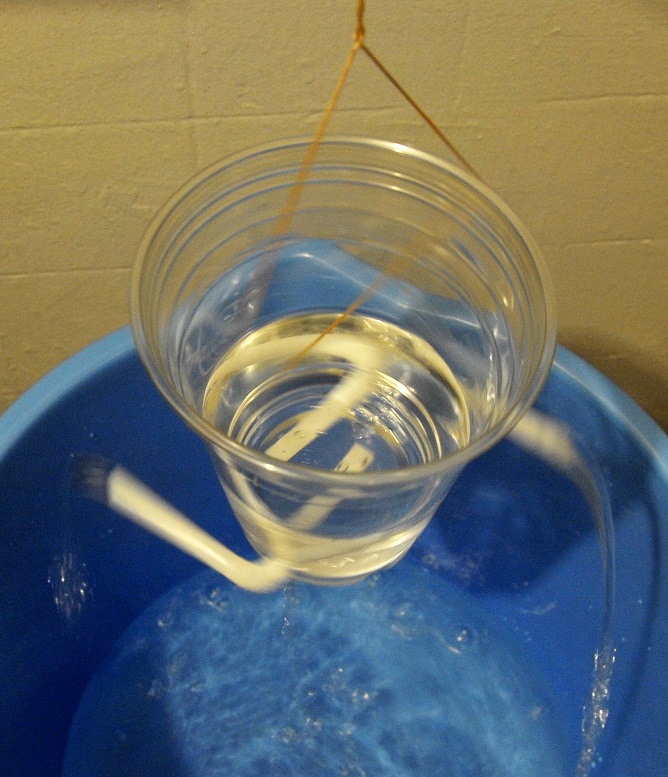