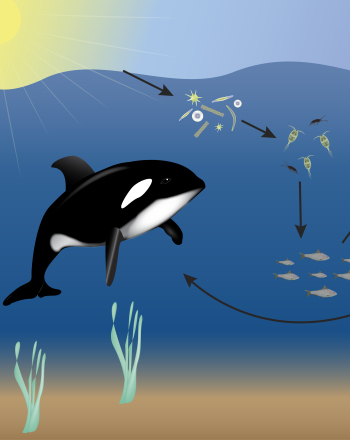 Peer into an underwater world. What’s on the menu in the ocean café? In this cool science fair project, discover how tiny ocean life feeds some of the largest animals on the planet.

What plants and animals are part of an ocean food web?

The oceans are huge, covering almost three quarters of the earth’s surface! They’re also extremely rich with life; in fact, we know much less about life in the ocean than we do about the animals and plants that live on land.

Whales are one of the most recognizable marine mammals, and people love to visit the Pacific Northwest to go whale-watching. One of the most famous whales in the Pacific Northwest is the killer whale, or orca. Some of these black and white whales eat fish, but others, known as the transient orcas, eat other marine mammals such as seals. Transient orcas move from place to place, while resident whales stay in the same general part of the ocean. 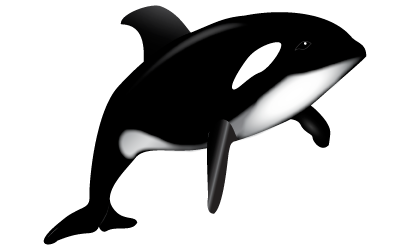 Seals are common in the Pacific Northwest, and they will often pop up next to you if you’re in a boat. 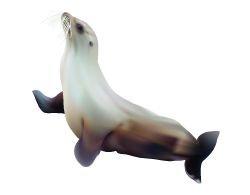 What do little herring fish eat? They survive on plankton—the tiny, drifting animals and plants in the ocean. There are two broad types of plankton: phytoplankton is a plant, while zooplankton is an animal. 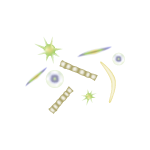 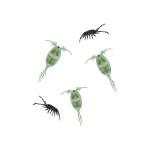 It’s hard to believe that something as tiny as a copepod needs a good food supply, but copepods have to eat too! They forage on other plankton, algae, dead plant materials, and bacteria.

Can you think of other plants and animals that live in the ocean? What do they eat?

In this activity, you’ll build a food chain, web, and pyramid. You may have heard the terms food chain, food web, and food pyramid. What do they mean, and how are they different? A food chain is a simple chain that illustrates which organisms eat which. In a food chain, you begin with one plant. In the ocean, this might be one of the very abundant phytoplankton. A grazing copepod might eat the phytoplankton, and a herring would come along and eat the copepod for lunch. After that, a seal looking for its supper would find a few delicious herring and munch on them. If you wanted to go further, you could add your orca whale into the food chain, which likes to eat the seal. 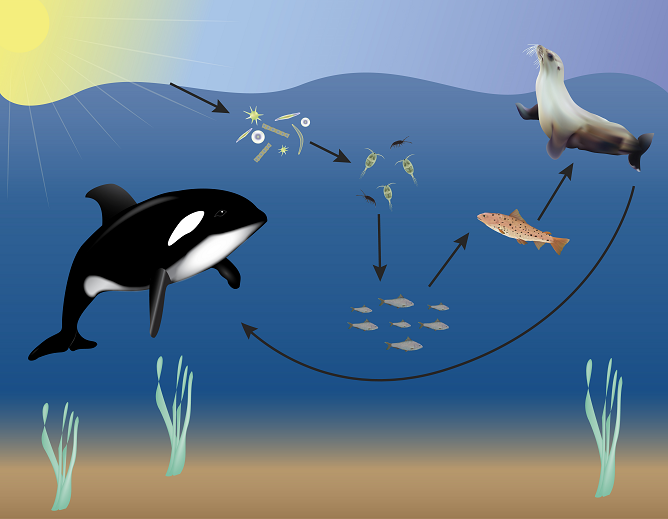 Of course, the menu in the ocean is a lot larger than what your food chain shows! Individual animals can eat many other types of plants and animals, not just one. For example, a seal likes to eat other fish like salmon, and seals in turn can be eaten by larger animals such as orca whales.

A food pyramid is different from a food chain or web. How is it different? Think about your herring. How many copepods does it eat in a week? Probably thousands! How many herring does it take to feed your seal? Certainly fewer.

As you move up the food chain, each level, or trophic level, can support fewer animals. Each trophic level represents the position an organism occupies in a food chain. A single seal (ultimate consumer) can eat many herring (secondary consumer), and a single herring can eat many copepods (primary consumer). Each copepod eats hundreds of individual bits of phytoplankton, called producers because these small plants get energy from the sun. This means that thousands and thousands of plankton end up indirectly feeding that seal at the top of the chain. A food pyramid shows the different numbers of organisms that are necessary at each level of the food chain. At the bottom of your food chain you might draw many different bits of phytoplankton, but there will be only one seal in the small triangle at the top.