Log in with different email
For more assistance contact customer service
Entire library
Science projects
Middle School
How to Test the Efficiency of a Photovoltaic Cell?

How to Test the Efficiency of a Photovoltaic Cell? 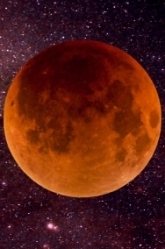 A photovoltaic or solar cell will be exposed to sunlight at different angles to find which position will allow the greatest amount of sunlight to reach the cell. In the second part of the investigation a determination will be made of how much of the sunlight that has reached the cell is converted into electric power. Based on the results of these investigations data tables will be prepared and the efficiency of the photovoltaic cell calculated. A real world correlation of this project is to make aware to the investigator that low efficiencies mean that larger arrays of cells are needed in order to generate electricity, and that means higher cost. Improving photoelectric cell efficiencies while holding down the cost per cell is an important goal of the photovoltaic cell industry.

The sun produces 3.9 x 1026 watts of energy every second. Of that amount, 1,386 watts fall on a square meter of Earth’s atmosphere and is known as the solar constant. The amount of this energy that reaches the Earth’s surface on a sunny day varies according to the time of year, from about 1000 watts/meter2 on a sunny summer day to less than 700 watts/meter2 on a sunny winter day. A watt is a unit used to measure power. This energy can be used to generate electricity by a device called a photovoltaic cell.

Photovoltaic or solar cell convert sunlight directly into electricity. These cells are often used to power calculators and watches. They are made of semiconducting materials similar to those used in computer chips. When sunlight is absorbed by these materials, the solar energy knocks electrons loose from their atoms, allowing the electrons to flow through the material to produce electricity. This process of converting light (photons) to electricity (voltage) is called the photovoltaic (PV) effect.

The performance of a photoelectric cell is measured in terms of its efficiency at turning sunlight into electricity. Much of the light energy is reflected or absorbed by the material that makes up the cell. Because of this, a typical commercial photovoltaic cell has efficiency between a low of 5% to a high of 20%. On average only about one-sixth of the sunlight striking a photovoltaic or solar cell generates electricity.

Digital photos can be taken during the investigation process also the following sites offer down loadable images that can be used on the display board.

An inexpensive photovoltaic or solar cell can also be ordered online from Educational Innovations, and a multimeter is available from Science in a Bag or RadioShack. 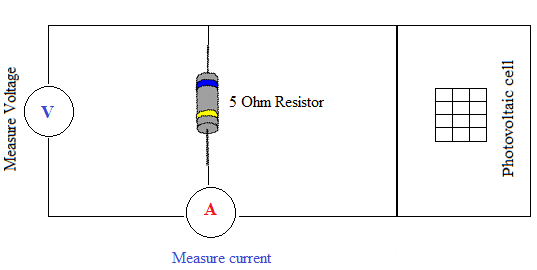 This book presents in clear, concise, and understandable style comprehensive information about solar electricity. The book offers a unique combination of technical discussion and practical advice. A well-illustrated appendix offers step-by-step instructions for constructing a solar module. The young investigator and his or her parents (teachers) can use this book as a general reference resource.

Title: How do Photovoltaics Work?

Title:Future Students - What are Photovoltaic Devices