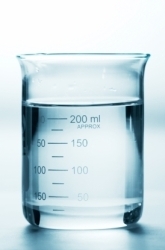 Imagine you've just been handed a gummy bear -- not just any gummy bear, but a gummy bear of incredibly fast running powers. Scientists around the world applaud its superhuman capabilities! If you ate it, do you think you'd be able to run faster?

Here's the thing: gummy bears of incrediby fast running powers don't really exist. You knew that. After all, it's kind of a silly idea. The funny part is that sometimes when you just think something might work, it does anyway. This strange occurence is called the placebo effect. Test your friends to find out if you can replicate the placebo effect's incredible results.

Will the placebo effect make your friends run faster?

Volunteers who drank the fake energy drink should have run faster than they did the day before. On the other hand, you probably didn't see much of a change in the volunteers who just drank water.

The mind is often stronger than the body. It sets your limits, moods, and feelings. The placebo effect isn't a trick -- it's very real. If you can convince someone's mind of something, it will often affect their body. Scientists have also proven the placebo effect in medicine. People who receive a placebo, instead of actual medication, often report relieved symptons. They thought they were receiving medicine, so they convinced themselves they were feeling better.

Do you think it made a difference that your experiment used kids? What would happen if you conducted the same test on adults? Keep testing and experimenting to find out what else there is to discover about the mysterious placebo effect!