Log in with different email
For more assistance contact customer service
Entire library
Science projects
Science
What are the Effects of Light Intensity on the Rate of Photosynthesis and Oxygen Production in Plants?

What are the Effects of Light Intensity on the Rate of Photosynthesis and Oxygen Production in Plants? 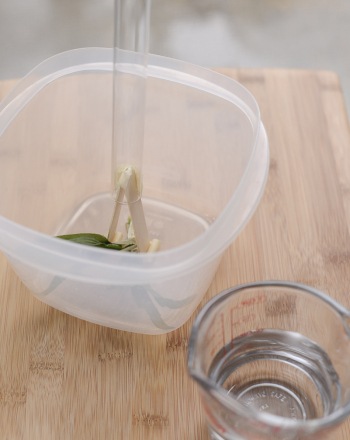 Under $10.00 excluding the Tri-fold Display Board

The investigator should be reminded to use matches safely. Once a match is used it should be discarded properly. If the investigator blows out a match and throws it in the trash, there is a danger that it might not be totally extinguished. To reduce this risk wet the used match head thoroughly with water than discard.

The materials required for this project are readily available.

This project focuses on the production of oxygen by plants during the photosynthesis process. The research aspect of this science fair project is to assess how light intensity affects the rate at which photosynthesis occurs and the rate of oxygen production.

The project investigator will place a sprig of elodea (underwater) plant under a clear funnel then fill a test tube with water and it placed on top of the funnel. This entire setup will be placed in a larger container of water. A light source will be placed at different distances from the test plant. The gas given off in the form of bubbles will be collected in the test tube and tested for the presence of oxygen.

From the observations and tests made a data table will be generated and results displayed in the form of a graph.

With the possible exception of the elodea plant and a test tube, all the other items can be purchased from the local supermarket, hardware, homebuilding or big box retail (Wal-Mart, Target, etc) store. Also, a Tri-fold cardboard display board can be purchased from an art & crafts supply store.

The elodea underwater plants can be purchased from a pet supply store, and a test tube can be borrowed from a high school science teacher or found in a toy chemistry set.

Photosynthesis is the process by which plants use the energy in sunlight to synthesize material from air and water for growth. Photosynthesis is the building up of sugar molecules using carbon dioxide and water as the raw materials. The energy for the process comes from light and a green pigment called chlorophyll which allows the plant to transfer the energy from light to sugar. The chemical equation for this process is shown below.

This equation simply means that carbon dioxide from the air and water combine in the presence of sunlight to form sugar and oxygen is released as a by-product of this reaction.

This test plant setup (See Figure 1) is placed in room with no light and then it will be exposed to light with varying degrees of intensity (based on distance). While exposed, the plants will produce a gas which is collected in an inverted test tube. 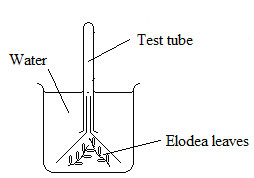 After enough gas has been produced and collected, the test tube will be removed, and inverted, and a glowing piece of wood is inserted into the tube. The wood should burn more rapidly in the oxygen gas in the test tube than in the air. The behavior of the glowing piece of wood will show that the gas produced by the plants is oxygen. The fact that no gas was produced while the setup was kept in the dark showed that light was the cause of the production of oxygen. The increases in bubbling (gas production) as the light source is moved closer to the plants indicate that the rate of oxygen production by the photosynthesis is affected by the intensity of the light source.

Digital photos can be taken during the experimenting process andthe following websites offer down loadable images that can be used on the display board: 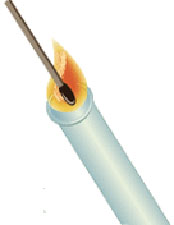 This book is a clear, concise and vivid account of the process of photosynthesis. The attractive presentation of this book, including the frequent use of line illustrations and color plates, leads the reader into a fascinating introduction to this sometimes complex topic. The details of photosynthetic processes at the macro and molecular level are discussed based on the results of biochemical, biophysical, and genetic studies. To aid students in their practical work, a set of simple experiments are described and explained along with a comprehensive further reading list is included. Although aimed primarily at college students however; the young investigator and his or her parents (teachers) can use this book as a general reference resource.

Note: The Internet is dynamic; websites cited are subject to change without warning or notice!