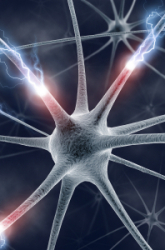 Purpose: This experiment's purpose is determining the speed the human mind can adjust to differentiated patterns and pattern recognition. The rate the nervous system relays messages should vary because of the differing amount of time it will take the brain to recognize the pattern and send impulses to the body and back to the brain to produce the desired response.
Procedure: 1. Log onto the computer; 2. Go to www.explorerlearning.com and search for reverse the field. Click on Gizmo and let the page load;  3. Click on begin test and use mouse to click on letters to type in specified word on screen;  4. Record results for test A;  5. Repeat steps 3 and 4 for test B, test C, and test D.
Conclusion: My hypothesis was wrong, I presumed Test D, completely inverted, would be the hardest and test A would be the easiest. Test A was the easiest as a hypothesized, but test C, vertically inverted, was the hardest. The results show that test A was the easiest and Test D was the second easiest. Test B was the second hardest and Test C was the hardest. The females did better than their male counterparts in all but one test.

There was no foreseen harm so I did not account for any safety issues.

The purpose of this experiment is to assess the speed at which the human mind can adjust to differentiated patterns and pattern recognition. The rate at which the nervous system relays messages should vary because of the differing amount of time it will take the brain to recognize the pattern and send impulses to the body and back to the brain to produce the desired response.

The brain interprets impulses from the nervous system that carry a message opposite to an action. The brain must adjust to the impulse to correct initial actions to compensate and produce the desired outcome. When an individual works on a computer, he or she expects the computer mouse and cursor to move in the same direction. For example, if you move the mouse to the left, the cursor on the screen should also move to the left. When the cursor does not move as expected, a person's mind must adjust. This adjustment will vary on an individual basis and younger individuals will have an easier time adjusting because the habit isn't instilled as much as older people. As with anything, your body has organs specifically designed to help you perform this task quickly and effectively. This mental adjustment usually varies on an individual basis because individuals' minds adjust at different rates.

Organs aiding in visual perception consist of the brain, nervous system and eyes. Use of a computer involves hand eye coordination, another important part of perception. The brain is a very complex organ which has many tasks that include receiving and understanding information. The brain's functions are crucial for our survival. However, the brain is almost useless without the nervous system. Our minds allow us to process anything we want in order for us to grasp a concept. We learn and therefore process ideas at different rates. 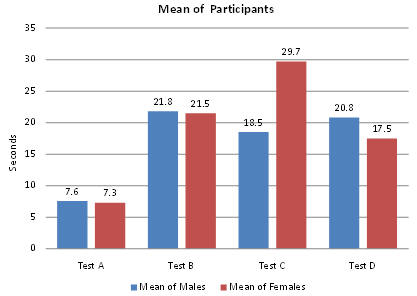 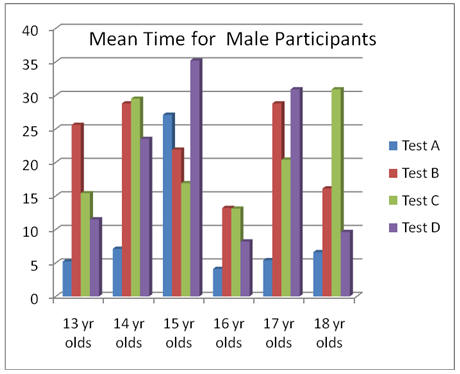 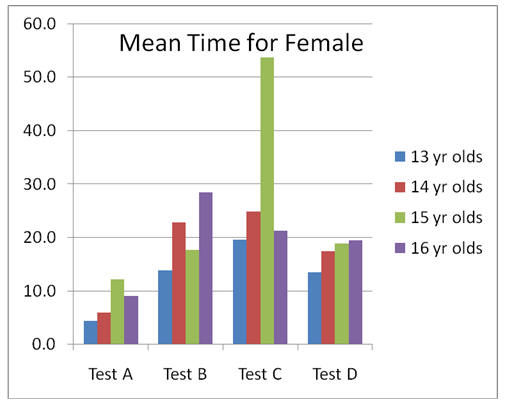 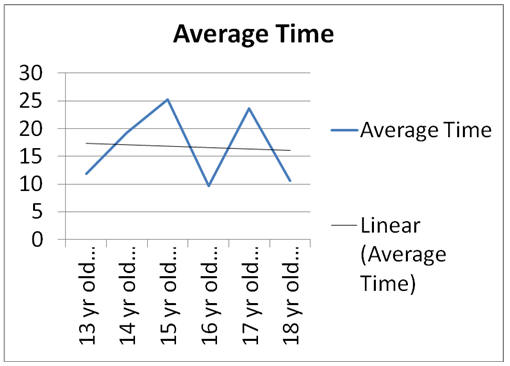 I learned that females did better in all of the tests except for the vertically inverted test. I think this is because more males play video games (which commonly have a vertical inversion option) than their female counterparts. Test A and test D were the easiest and test B and test C were the hardest because it is easier for your brain to be right or completely backward. It is much more difficult for your brain to invert one variable than none or both. As males get older their time will improve and as females get older their time will increase.

University of North Carolina, (n.d.). The structure of the eye. Retrieved October 17, 2010 http://ehs.unc.edu/training/self_study/laser/eye.html