Log in with different email
For more assistance contact customer service
Entire library
Science projects
What Is a Series Circuit?

What Is a Series Circuit? 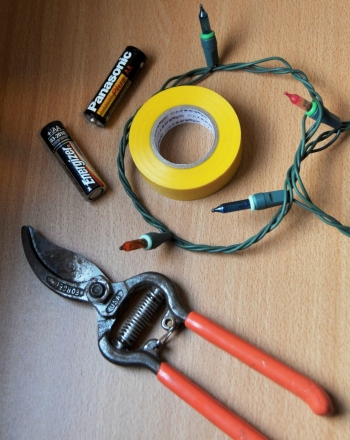 Electricity is both commonplace and mysterious. We rely on it every day to run our lights and appliances, but how does it work?

An electrical current occurs when electrical charges are in motion. You can think of an electrical current the same way you think of a current in the water. Some water currents flow slowly, while other water currents, like mountain streams, flow quickly. How fast a current flows depends partially on the water pressure. If the pressure is high, the current flows very quickly. The term used for electrical pressure is called voltage. Another factor that determines how fast water flows is the size of pipe. If the pipe narrows, the water’s overall flow rate slows down. In the world of electricity, factors that slow electrical flow down are called resistors. The thin coiled wire inside a light bulb is a resistor. When electrical current flows through a light bulb, it slows down, and some of the electrical energy is changed into light. This resistance generated light is used to illuminate the rooms of our house, and to make our holidays festive.

Speaking of holidays, Christmas tree lights are a great source of cheap light bulbs and wire for hands-on explorations of electricity. If you get a pair of strippers, and couple batteries, you can build your own circuit, which is a controlled circular path of electricity. The first type of circuit you should build is a series circuit. In a series circuit, the electric charge flows in only one circular path. Things get interesting when you add resistors, and additional sources of power.

What is a series circuit?

You should notice that the lights in the circuit you made with two lights and one battery are not shining as bright as when there was just one light. When you added a second battery, the two lights should shine as brightly as one did with one battery.

You might try doubling the power with one light bulb. It is also interesting to compare how brightly some color lights glow compared to other colors. Do you see a pattern? If this intrigues you, investigate why red lights are used in photo developing rooms. Lastly, once you understand the series circuit, you should investigate parallel circuits.

Series and Parallel Circuits
Science project
Series and Parallel Circuits
How do series and parallel circuits work, and which produces the brightest light in a light bulb? Construct both in this project and find out!
5th grade
Science
Science project
Comparing and Contrasting Book Series
Lesson plan
Comparing and Contrasting Book Series
So many students love to read books in a series but they don't give much thought to what a series really is.
5th grade
Reading & Writing
Lesson plan
Connecting Batteries in Series
Science project
Connecting Batteries in Series
This cool electricity project teaches kids how connecting batteries in series vs. parallel circuits can contribute to different levels of voltage and amperage.
Science
Science project
Complete Circuit: How Does a Flashlight Work?
Science project
Complete Circuit: How Does a Flashlight Work?
How does a flashlight work? Kids will make a complete circuit and explore how voltage contributes to brightness with this science fair project idea.
3rd grade
Science project
Commas in a Series
Worksheet
Commas in a Series
Practice using commas in lists or series with this helpful grammar worksheet for fifth graders!
5th grade
Reading & Writing
Worksheet
Comparing Book Series
Worksheet
Comparing Book Series
This worksheet is used with examples of the two kinds of book series, episodic and epic.
5th grade
Worksheet
Exploring the Features of a Book Series
Lesson plan
Exploring the Features of a Book Series
Students will engage their analytical skills and literacy skills as they compare books within a series.
5th grade
Reading & Writing
Lesson plan
Using Commas in a Series: Quiz
Game
Using Commas in a Series: Quiz
Practice using commas in a series with this grammar quiz. Can you find the sentence with correctly placed commas?
2nd grade
Reading & Writing
Game
What is a Rectangle
Worksheet
What is a Rectangle
This worksheet requires a child to identify what is a rectangle in this picture.
preschool
Math
Worksheet
Kinds of Book Series
Worksheet
Kinds of Book Series
This worksheet guides students on an investigation throughout the library where they are challenged to classify five book series.
5th grade
Worksheet
What is a Dime?
Worksheet
What is a Dime?
What is a dime? Help your kindergartener familiarize with the dime by completing this worksheet.
kindergarten
Math
Worksheet
What is a Simile?
Worksheet
What is a Simile?
Writing similes is as easy as pie! Help your fourth grader learn what a simile is with this fun worksheet.
Worksheet
We enable strictly necessary cookies to give you the best possible experience on Education.com.Cookie policy