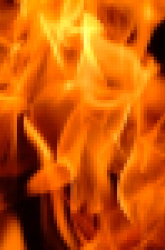 During the process of learning how different types of smoke detectors work, students will learn about ions, every day applications of radiations and how particulate matter in the air can disrupt sensitive systems.

Photoelectric smoke detectors optically detect particulate matter in the air. A light sensor receives light from an LED (light emitting diode). If smoke obstructs the path between the LED and the sensor air and scatters the light from the LED, the alarm is trigger. Most of the cheap smoke detectors on the market work by the principal.

Most supplies are available in discount stores or are already around the house. Ask your friends if you can check out their smoke detectors.