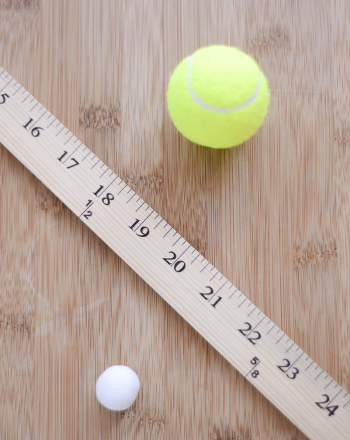 It is difficult to conceive of the distances between celestial objects. The Earth and the sun are usually around 149,000,000 kilometers apart and the distance between the sun and other stars are so great that we measure them in units of time called light years. A light year is equal to the distance light can travel in a year, which comes to 9,460,520,400,000 kilometers! All those zeros can make trying to think about how far away things are impossible. But the distances between atomic structures are also very hard to understand. Though an atom is very small, it is made up of mostly empty space. Just like the planets in the solar system, the electrons in an atom orbit at great distance, relative to their size, from the atom’s nucleus.