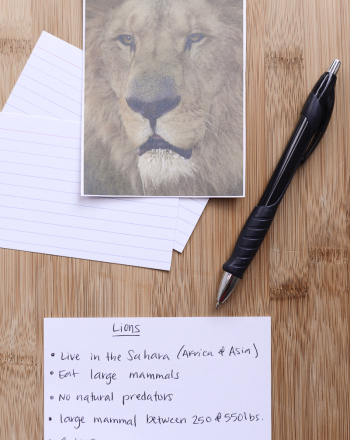 What are the physical characteristics of animals that allow them to survive and prosper in their environments?

The animal kingdom is very diverse. There are lizards so small that they fit on a dime and blue whales longer than a city bus. Some have feet, some have fins, and some slither without any appendages at all. These animals have evolved so that the shape of their body allows them to live and flourish in their habitat, for example, primates with opposable thumbs. Unlike other animals primates are able to grasp and hold objects, which eventually led to our fine motor skills and development of tools. This evolutionary change was vital to human development and technology. What are some other physical characteristics of animals that have allowed them to survive in their habitats?

a) Where does this animal live?

b) How does this animal eat?

c) Do they have predators?

c) Do they have tails?

3) How do these traits help them live, eat, and protect themselves and their young?

a) Live in the Sahara (Africa, Asia)

c) No natural predators. Lions can be killed by other lions and humans.

b) Tan in color. Males have a large mane.

c) They have a tail.

d) They have large, sharp teeth.

e) They have large paws with sharp claws.

3) A lions physical traits allow it to:

b) Eat large mammals - large, sharp teeth allow the lion to rip through flesh and muscle.

c) Blend into their surroundings - their tan color is similar to the natural colors of the Sahara.

d) Intimidate their prey - their mane makes them appear larger and more dangerous. 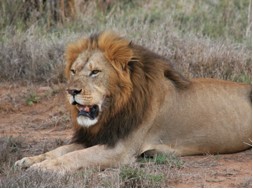