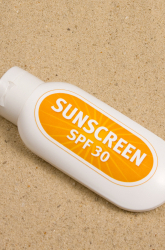 The purpose of this project is to test sunscreens from the lowest number to the highest. People depend on sunscreen to protect their skin from the sun’s ultraviolet radiation. People believe that a higher number equates to greater protection.

Ozone in the earth’s atmosphere filters out much of the sun’s harmful ultraviolet radiation. Chemicals produced by humans have been harming that protective layer. In the 1970s, scientists noted a thinning of the ozone over Antarctica that grows each spring, increasing the danger of ultraviolet radiation as it shines on earth’s surface and humans.

The results of the experiment might be visually represented by a modified graph: 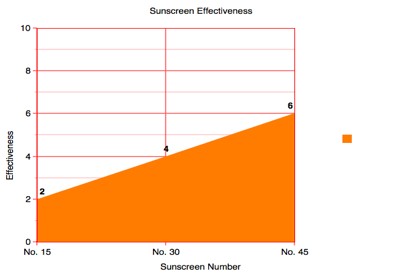