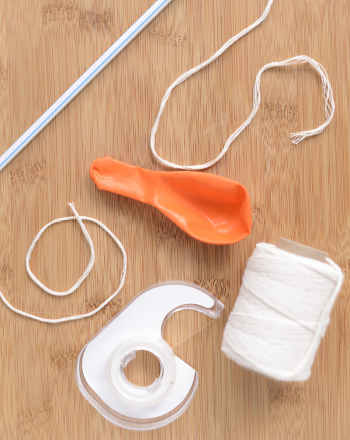 You need to send a message to home from your tree house, but it’s too windy to send a paper airplane! Fortunately, you have a taut clothesline and a supply of balloons from last week’s birthday party. How can you make a balloon rocket, and how can you make it travel as far as possible?

How does the volume of air in a balloon affect the distance it travels? 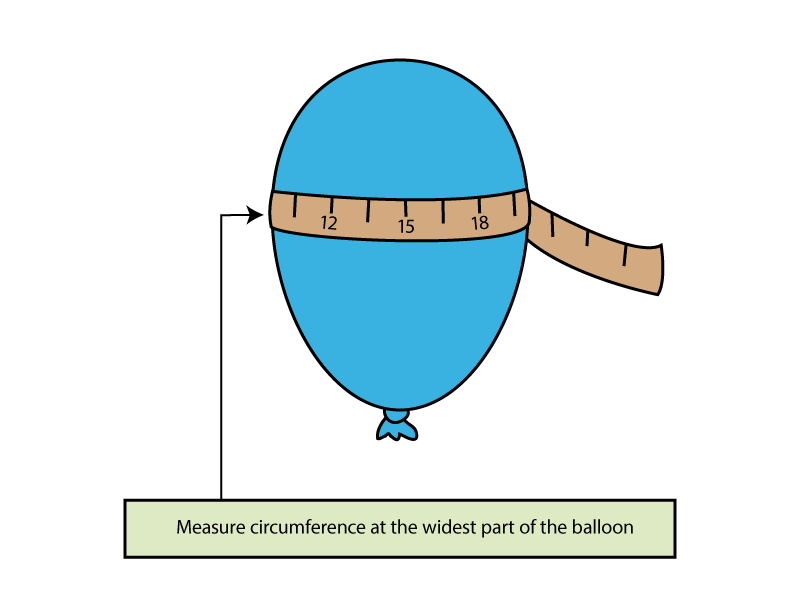 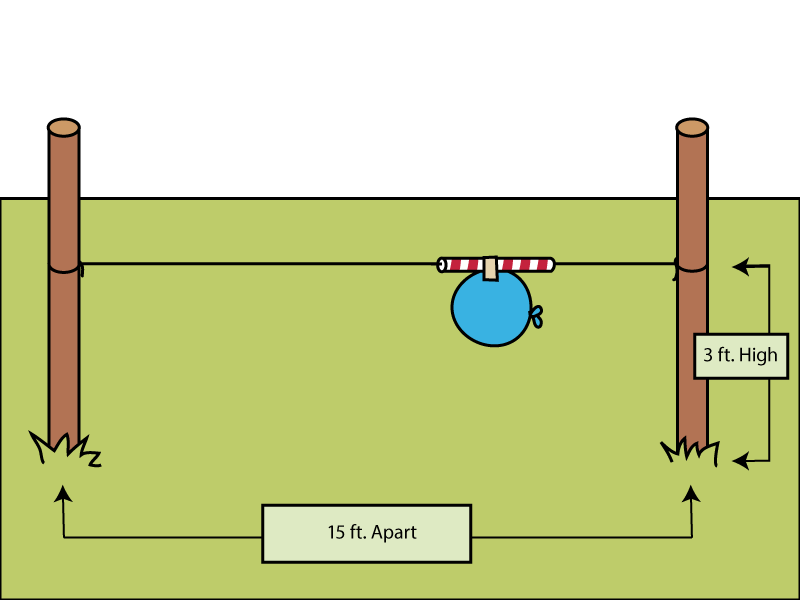 If you had a large enough difference between your smallest and largest circumferences, you should see the average distance traveled go up very quickly as the balloon’s circumference increases.

All rockets work by shoving gas out of their nozzles really rapidly. This pushes the rest of the rocket in the other direction, as predicted by Newton’s Third Law: “For every action there is an equal and opposite reaction.” What this means is when you push on something, it pushes back on you just as hard. You might then think “Why don’t I fly all over the place when I push on something or throw a ball?” The main reason you don’t go flying like your ball is because you weigh more than it does. Even if the ball pushes back on you with the same amount of force that you apply to it, you’re a whole lot harder to move!

It’s not too hard to calculate the amount of air in each of your balloons. This equation will help:

Another cool thing is that the direction of the push matters quite a bit. Try taping your balloon so that its nozzle points to the side a little instead of straight along the straw. What happens? Can you match a bigger balloon and a smaller balloon together so that they don’t go anywhere when you let them loose? Space stations use this principle to turn end over end, spin, or even move sideways. It’s the only way they can change what direction they’re pointing, because they don’t have anything else to push off of.