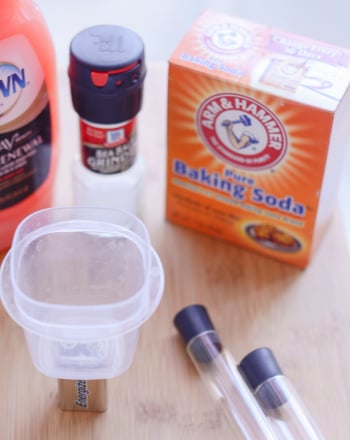 Energy is stored in the bonds of molecules. When these bonds split apart, the energy released can be used to do work. Breaking apart liquid water molecules into hydrogen and oxygen gas creates an enormous amount of energy, which can be turned into useful electricity to power our homes and cars.

To break these bonds, some amount of energy is required to get the atoms in water molecules active enough to break apart from each other. At home, we can supply this energy with a battery. All batteries have two terminals, or ends: a positive terminal and a negative terminal. The water then connects these terminals, so energy can flow between them. As the electricity passes through the water, it splits the water!

Pure water itself is not a good conductor of electricity, so for this experiment baking soda will be added to make the solution an electrolyte. An electrolyte is a part of a solution that can be broken up by electrolysis. Electro refers to energy and electricity and -lysis refers to splitting apart. Electrolytes are important both in batteries and in our bodies!

During the electrolysis of water, which electrolyte conducts electricity the best? 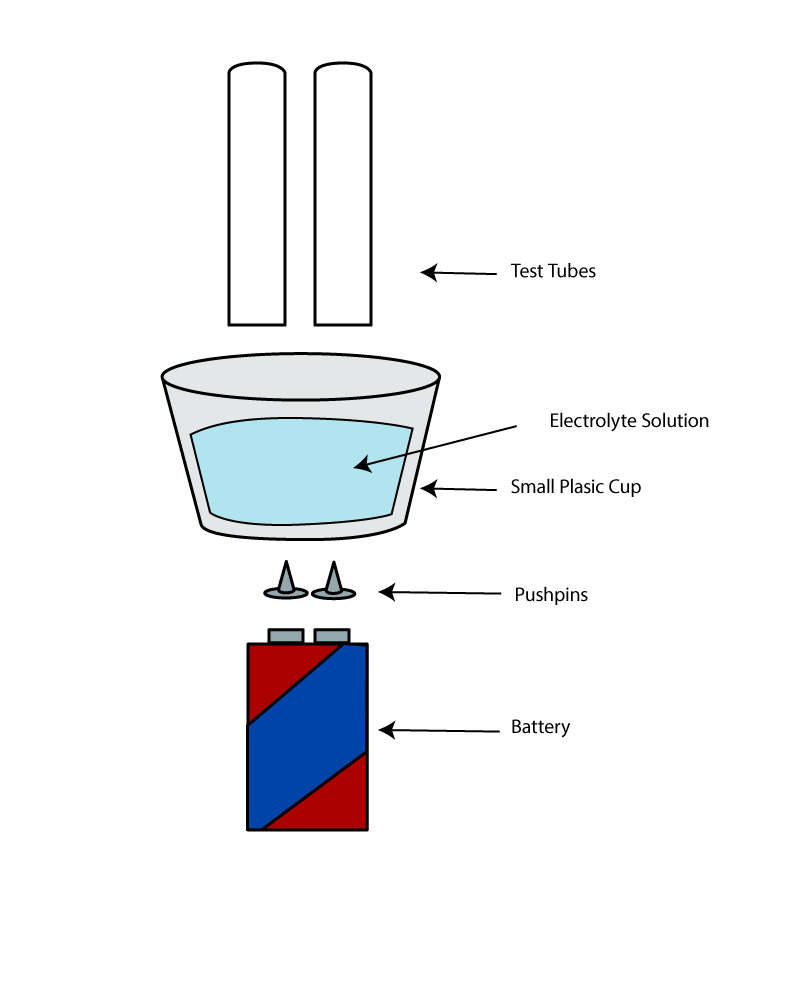 Baking soda, known by chemists as sodium bicarbonate (NaHCO3), isn’t an electrolyte on its own. Remember—it needs to be in a solution! When dissolved in water, it lets current flow through the water between the terminals of the battery. In the water-baking soda solution, the gases that are produced are hydrogen (H2), oxygen (O2) and carbon dioxide (CO2).

Table salt, or sodium chloride (NaCl), is also a good additive to form electrolytes. In water, salt actually splits into Na+ and Cl- ions, which are very good at carrying current, or the flow of electric charges. In the water-salt solution, the gases that are produced are hydrogen, oxygen and chlorine gas (Cl2)—you don’t want to inhale this stuff!

Lemon juice is a decent electrolyte because it is an acid. The acid dissociates in water and the current will be carried by the ions. Distilled water on its own will not carry any current. However, tap water is often able to conduct current because of minerals and impurities (Don’t worry! These things are not bad for you!).